Yet Germans always lock their bikes to poles 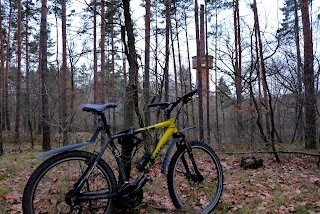 Three banditos tried stealing my bike the other night. Again. I tried unlocking it in the morning to find I didn’t need to unlock it at all. It simply came away in my hand.
This, if you remember, was the super-duper lock I invested in to keep the fuckers from stealing my bike after the last attempted robbery, apparently the best and most secure lock on the market, the only one without YouTube tutorials on how to pick it, the one that “only an atomic bomb will open,” the one that cost more than the bike is worth, bought at a time my wages were precisely €0 a month. 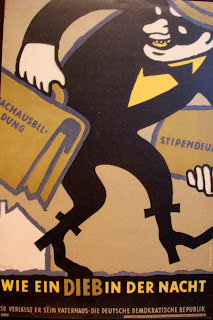 It wasn’t that the lock did its job and stopped them from stealing the bike, it’s that they were disturbed mid-crime by our vigilant neighbour, whose ears pricked when she heard unusual noises from her balcony around 10 p.m.
Either she warned then off and then called the police when they wouldn’t desist, or she called the police straight away, (she was talking too fast when explaining what happened), but the police duly arrived either way – and caught them!
For me, this is the most surprising aspect of the story – police stopping the bad guys and doing real work for taxpayers’ money. So credit where credit’s due. Polizei 1, Gardaí 0. The Irish police would have to have tea and biscuits before responding to a call only when they’re sure the culprits had escaped.*
Our neighbour was really indignant. She was still excited about the whole business the next night. She had to do one of those identification parades, where they line up a load of dodgy-looking fuckers and she has to pick the ones “what done it”. 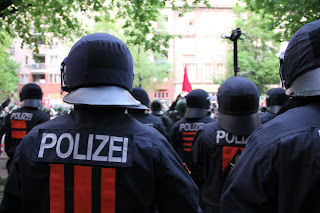 “They were Poles,” she told us, as if it were an explanation.
Poles. She lifted her eyebrows. What else could it be? They couldn’t be German of course. Everyone knows the Poles rob all the bikes, just like the Nigerians run all the internet scams, the Romanians are pickpockets, the South Americans all drug traffickers...
Yet Germans always lock their bikes to poles.
But seriously, I wish she hadn’t mentioned it. I’d no interest whatsoever in their nationality and no good comes from reinforcing stereotypes, or stereotypes at all. 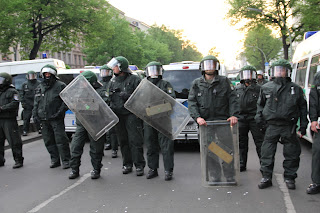 Here’s one: poor people steal because they have to and rich people steal because they can. The crooks in Ireland, for example, are very rich because their friends were in government for so long. Not just in Ireland. Everywhere you look, crooks determine government policy to stay rich while forcing the poor to steal bikes.
But I digress. This was about another robbery attempt and the fuckers who attempted it. I doubt they were so poor they absolutely had to steal my bike, so I will be charging them for the damage caused to my expensive lock. A lock I now feel little point in replacing. I’ll have to track them down through the police, via our neighbour, if I can, and produce them with the bill – if only to see what happens. 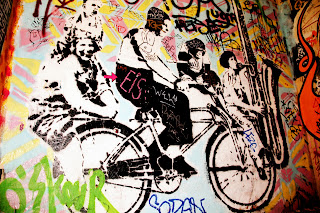 Ironically, I’d be better off if they’d stolen the damn thing (though still down the price of the lock) as the bike’s covered by insurance. Of course, insurance companies are up there with banks as the biggest crooks of all. No doubt they’d find a way to weasel out of it. Either way, you just can’t win.

*This is no exaggeration. Gavin, when he was manager of Mother Hubbard’s, called the gardaí after they’d had a robbery. The guards showed up – hours later – demanding to know what happened, where the culprits were, everything, quick!
“Well, they’re long gone now,” Gav replied with resignation. “That’s nothing much you can do now. Sure, will ye have a cup of tea?”
“Ah no, you’re grand. We just had a pot up in the station.”

The second picture down (first on the right) is quite interesting. It’s an old East German propaganda poster which is saying that anyone who leaves the country for the dastardly West is “like a thief in the night.” I guess they decided to build the Wall shortly after that.
Labels: Bandito Bicycle police shady shit