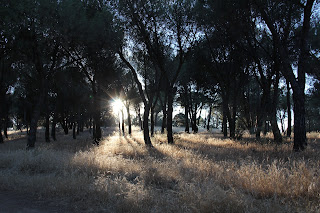 Madrid’s been taken over by parrots to an even greater extent since the last time I was there, in 2009.
“Feckin’ parrots, they’re everywhere. Shite on them.”
Apparently they’ve been taking over from the native bird population with their squawking parrot ways, screeching from tree to tree, a flash of bright green gone before your eyes before you hear them squawking in disdain at you from the sanctuary of their high perches. 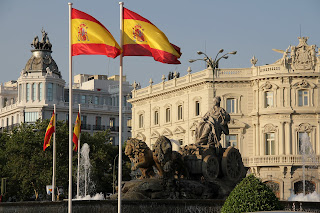 I don’t mind them actually, feeling they add a bit of colour to the place while giving the noisy madrileños a bit of competition.
My dad reckons two types of parrot have now moved in, from Uruguay and Argentina, though it’s unclear at this point in research if they work together in cahoots or terrorise the local bird populace independently of one another. 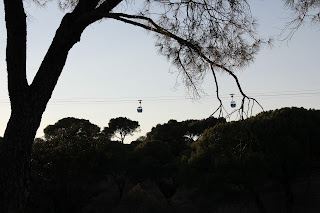 I have to say I didn’t see them in cahoots, nor do I know what a cahoot looks like, much less where a fella – or indeed a parrot – would get a cahoot. But you can’t put anything past these Latin American gangs and I suppose if they want cahoots they’ll get them. 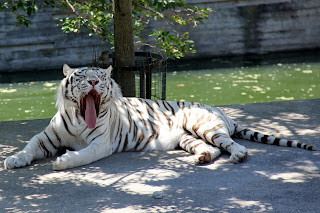 We saw loads of parrots in the Casa de Campo in particular, along with rabbits and prostitutes who have little but a healthy sex life in common. If those parrots keep going the way they’re going it won’t long until they move in on that racket too. And hombre, do those parrots like making a racket.
Apart from walks in the Casa de Campo, where we snuck peaks at the lions, tigers and baboons through the fence at the back of the zoo (their prices are outrageous), we got up to little else while in Madrid. 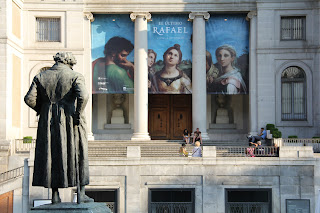 We missed all the hulabaloo when the miners arrived from Asturias to protest against the loss of their livelihoods due to the Spanish government’s idiotic cutbacks. All the excitement happened while we were in Lozoya, which I wrote about already. Apparently the police fired steel bullets coated in rubber at protesters. Protecting their paymasters from voices of dissent. I guess their livelihoods won’t be threatened... 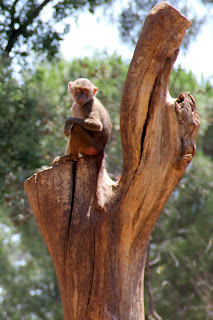 Poor Nipito looked like he had been in a scrap with them. He already had scratches and a huge bump on his forehead from various misadventures before he ran into a corner-edge of a table in Lozoya leaving him with a swollen black eye. He was lucky the corner wasn’t half a centimetre higher – or he half a centimetre shorter – or he might have lost the eye. He looked like he had been through 12 rounds with Vitali Klitschko and was quiet for the rest of the night. The black eye didn’t stop him running for long though, and he was at it again the next day, leaving us with hearts in mouths anytime he went near an evil table edge. 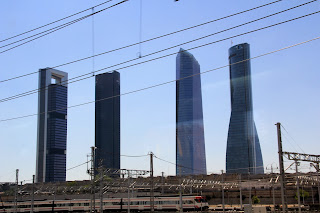 Thankfully there were no more serious injuries and we were able to enjoy the rest of my parents’ hospitality until we had to bid them adieu at Chamartin to board the train to Bilbao. ¡More adventures lay in wait!
Labels: birds Madrid Mining monkeys riots shady shit Spain