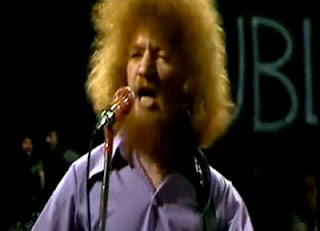 My inability to sing is dwarfed only by my dearth of knowledge of lyrics to songs. If indeed a dearth can dwarf anything. I can’t sing, shouldn’t sing, and couldn’t sing even if I could, if you catch my drift. When I was a kid, I was booted off the school choir for contaminating the angelic voices, being quickly identified as the culprit for my out of tune warbling and growling.
Not the ideal situation when you’re bringing your son to bed hoping he’ll fall asleep as soon as humanly possible so you can finally enjoy the one hour of your day he doesn’t consume. 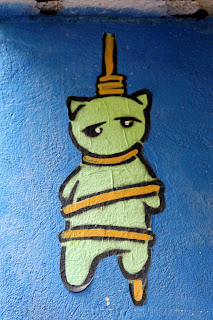 Nevertheless, the inability to sing doesn’t stop Shane MacGowan or Bono, so I’d been persevering with the only songs I know the words to – U2’s MLK (sleeeeeeeep, sleep tonight), Thin Lizzy’s Jailbreak, Seven Drunken Nights by The Dubliners, Whiskey in the Jar from Thin Lizzy again (complete with guitar solos), Patience from Guns N’ Roses (well, just the whistling in the beginning), Fake Plastic Trees by Radiohead (I just kinda hum that ‘cause it’s such a fucking great song, I don’t know the words), the theme tune to Skippy (Skippy, Skippy, Skippy the bush kangaroo...), Dirty Old Town by The Pogues – and I’ve somehow croaked out enough for him to fall asleep eventually. (Probably to escape my croaking.)
Then I discovered my phone has YouTube and can play videos over the wifi connection. Bingo! The world’s biggest jukebox! I remembered when he was very young (still a nipper, nippin’) that he liked Luke Kelly, the man with voice of gold, and so I’ve been able to soothe his ears with one of Ireland’s greatest singers (if not the greatest) instead of assaulting them with my guttural tongue. 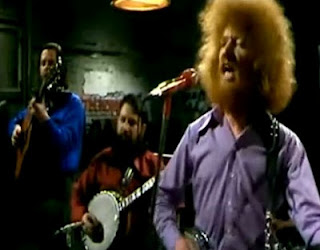 Consequently I’ve developed a new-found love for Luke Kelly – Jaysus he was brilliant! – through Raglan Road, Scorn Not His Simplicity, The Foggy Dew... There’s no end to them.
So now he hears Luke Kelly every night I bring him to bed. It either works a treat or backfires (more often than not) when he stays awake for hours so he can hear more of the great man. So he’s not long asleep, and now it’s time for me to join him...

Addendum; Later, after trying to link to YouTube videos – GEMA must be destroyed.

I’ve updated this with pictures of the man himself, taken with screengrabs from YouTube, so ye can see what he looked like. Like meself, he’d a fine head of hair.
Labels: Luke Kelly Music nipper Radiohead U2