Gobshites, fuckers and a cock 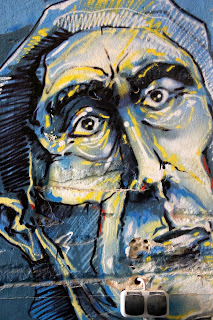 Oh, how wonderful it is to be back. Please note the sarcasm dripping from each word. Please note that previous note was intended for any German readers and does not apply to non-Germans who are familiar with the notion of sarcasm. Please note the previous note was not sarcastic. Please note this is the last note to be noted or we won’t get anywhere at all with this post.
It was a rude awakening on the first morning back with some fucker mowing the grass at an ungodly hour yesterday. This morning some gobshite or several gobshites (or even the same fucker) were drilling the floor of the apartment above us. For fucking ages. Then, as if in solidarity, the fuckbag builders who are still building across the road started drilling and jackhammering with all the sadistic gusto they could muster. They’re still blocking the whole street and look like they’re there for the long haul. We’ve to keep the balcony doors shut to avoid going crazy altogether. The summer is ruined. 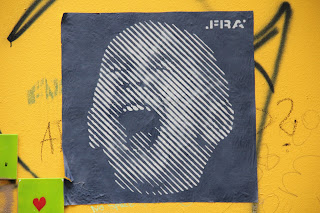 What good is fine weather if you can’t enjoy it? Work means I’ve no time for anything and the fuckers across the road are ensuring I can’t even enjoy it from the balcony. At least the paid work is a relief of sorts from the little beast and the unpaid household work at home. And thankfully there’s not much going on in the world of sports these days...
I’ve been eaten alive by mosquitoes since I got back, bitten all over. I wasn’t bitten once in Spain. It’s as if the mosquitoes here have been keeping track of all the bites they would have given me and now it’s payback time – with interest. Well, they are German mosquitoes. 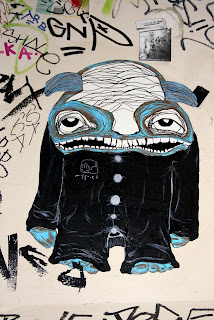 As soon as we returned I noticed how German some Germans look. It’s uncanny. I hadn’t noticed it all before but for some reason it’s unmistakeable now. Or maybe it’s just the Pankowites that have a look about them that’s so remarkable.
And I’m running out of tea. I ran out of Tabasco today but moved swiftly to replace it at tremendous cost. €2.89 for a 57ml bottle of Tabasco! Kaisers informed me that’s €5.07 for litre. I’m sure liquid gold is cheaper.
To make matters worse, my shoes are on their last legs too. Usually they’re on my legs, which aren’t my last. At least I hadn’t planned on getting new ones. My legs are my first and only and I hope they stay my last.
Back to my shoes. They really are on their last legs. No other legs will take them. Banjaxed is the only word for them. The trip to Spain was a step, if not several steps too far for them. That was after two years of climbing over walls, under fences, down holes and up to no good. 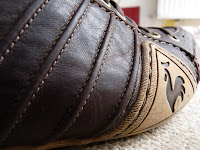 I was quite fond of them. They were probably the first trendy pair of shoes I ever bought, had them shipped over from France at great expense and all. They’re made by The Sporty Cock, or to give him his proper French title, Le Coq Sportif. Yes, the French title sounds better, but then again, everything sounds better in French. 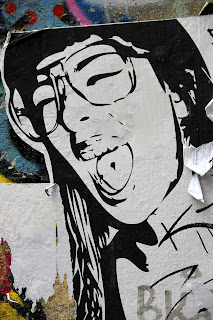 I’ve been trying to get replacements but shoes made by this Sporty Cock fellow seem to be hard to procure in Berlin. To make matters worse, he’s no longer shipping his shoes – even at great expense – to Germany, which I have to say isn’t very sporting of him, whatever his name.
Maybe he too – a cock for fuck’s sake! – is put off by the locals’ insistence on getting up at such ungodly hours.
If the builders and all the other fuckers allow it, I’ll start posting a few pictures and some more words from the travels. I’ll probably do the words first before they leave my head forever. I’ll let ye know when everything is up to date. Just don’t expect it anytime soon. These are times (and the land) of austerity after all.
Labels: builders Germany street art