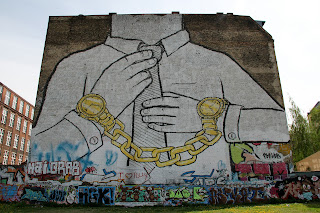 Individuals do not matter a damn in Germany. Not a damn. Any rights you think you have are not worth their weight in thought.
It’s the only explanation for what I have seen and experienced over four years in this country. People are shat upon, and they don’t seem to mind one bit.
I guess the people doing the shitting, and their cronies who control the whole shithouse, see the little people, the commoners, as cogs in their all-consuming system, there to be cranked, squeezed, occasionally crushed – whoops! – and generally fucked around because they can.
Lone voices aren’t heard in this country. When they come together, they’ll be ignored. People have little or no say in matters that directly concern them. 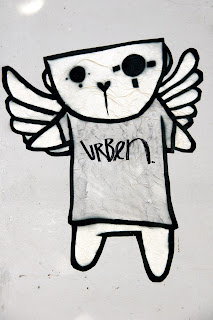 There are many examples. Residents’ concerns over the impact of the new airport on the environment and their quality of life – ignored. Thank you for complaining, next.
Residents’ concerns on the impact of all the extra late night and early morning flights flying out of Tegel because said airport* could not be finished on time – ignored. I’m not sure they even got to complain. The decision was already taken by the time they found out about it.
Mobile phone masts jostle for position on countless apartment blocks and the residents are either unaware of the jostling or the consequences.
I could go on about landlords’ stupefying contracts, or companies’ stupefying conditions for termination of a contract – six months notice and then only after two years, regardless of the quality of their service or even if they were providing one at all. As I said, stupefying. 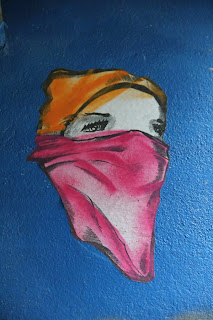 But what’s gotten my goat this week is builders. And by Jesus is Berlin full of them right now – builders, not goats. All lashing up apartments in a frenzy I haven’t seen since the giddy days before Ireland’s housing bubble burst. Yes Germany, enjoy it while you can.
Building sites seem to enjoy diplomatic immunity. They can close roads, divert traffic, block off footpaths, force people to walk on the other side of the road.
There’s a whole block down the road from us being renovated and the road around the whole block has been declared off limits. That’s four roads. Residents are told to park elsewhere while the work goes on. Trucks take up the street, cement lorries and so on, and barricades are placed at either end to stop traffic passing through. It’s been going on for weeks now, and I suspect it’ll continue. The fuckers look like they’re in there for the long haul.
Yesterday, on our side of the street, someone placed a sign up saying there was to be no parking there from May 25 at 7am until – well, they didn’t give a date. But there were no cars parked there today so people evidently heeded the all-powerful sign. I suppose their cars would be towed away if they defied the sign. 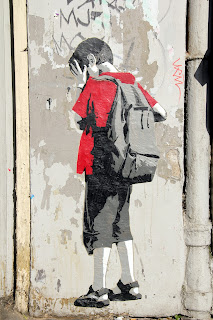 Well, why don’t they defy it?! Why don’t they say, “No! Bollocks to your sign! I will not move my goddamn car so you can build apartments and make millions.”
No one ever takes a stand. They’re so paralysed by authority, by rules, by laws, so goddamn subservient it just encourages the sharks – whether they’re in business or in government – to take advantage of them.
Individuals have more rights in Ireland. Sure, progress may be slower, if not regressive, but at least people matter. People. Leute. Nothing matters more.