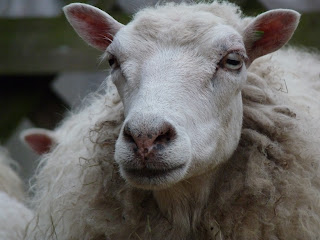 A nationwide Tanzverbot is in full swing again today, ironic though it may sound. No dancing allowed anywhere in Germany. Kein Tanzen! Nein! Verboten!
There are several days on which a Tanzverbot takes hold in this country, and I wrote about it briefly before, but today’s is by far the most rigorous, with dancing outlawed in most states for the whole day. The whole day!
Berlin being a city with next to no morals only outlaws dancing between 4 and 9pm, this being the time, presumably, when Jaysus was being nailed to a cross. His own personal Tanzverbot.
Christ, I’m sure if he was half the fella people say he was, he sure as hell wouldn’t want people to stop dancing just because he couldn’t. And if he does, well...
So the Making-Things-Verboten Office strikes again (though that’s verboten too.) What if you don’t believe in Jaysus, or care? Why should someone else’s religious beliefs affect my dancing opportunities? Goddammit, the one thing that makes me feel like dancing is a Tanzverbot.
Labels: Germany headbanging shady shit verboten