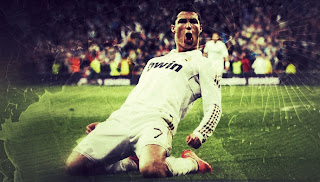 Circumstances have thwarted me again. I don’t know what they have against me. But I promise I’ll get those nipster pics to the last post by the end of the week. Can’t tell what week that’ll be, but definitely by the end of the week.
Right now I’m en route to München! Again. It’d make more sense for me to live there at this rate. Der Irischer Münchkin, I don’t think so.
It’s the BIG one! Bayern vs. Real, Champions League semifinal!* Only one bigger. (May yet be the final, calm down, calm down!) 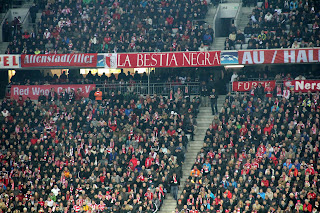 La Bestia Negra. No one but Barcelona gets under Real’s skin more. Madre mia, they’ve always been epic battles.
I remember when they met in Madrid in 2004. We were outside the stadium, tickets were going for €1,000. We watched in the pub. Zizou struck the goal that put Real through. ZIZOU!!! Me and Gav, we both had Zizou shirts. We celebrated long and hard, right through the night. So hard, in fact, that we slept through the Madrid train bombings down the road the next day. Our pension was about 300 metres away. Woke several hours later to find 100 missed calls and as many texts enquiring for our safety, each more frantic than the one before. That was a mad day. 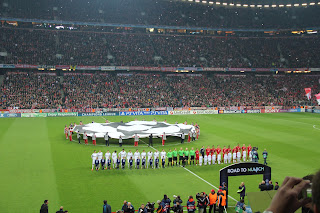 Of course Real won nothing after that, threw away La Liga, screwed up in the Champions. It was around the time they bought Beckham. They didn’t win anything for years. Until 2008, I think. I was in Madrid again, this time with Noddy, and again when we celebrated long and hard. Any excuse. We got shot at by riot police – for added excitement. 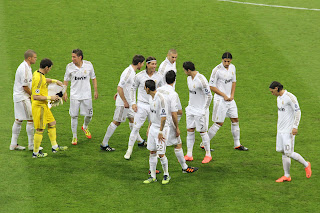 I’m neutral now of course, really, I am. If they’re paying me I have to at least pretend to be. Like they need to pay me, I’m a slave, I really am. I’ll have to do my best not to shout, scream and jump up and down with 69,000 Bayern fans and the word’s press around me. It just wouldn’t be appropriate. But I can safely say there’ll be pints afterwards once the work’s done. 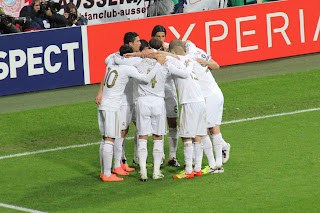 *My wonderful preview can be read here: http://sportsillustrated.cnn.com/2012/soccer/wires/04/16/2080.ap.soc.bayern.real.madrid.4th.ld.writethru.1018/index.html
And I didn’t take that pic at the top, but it was kindly tweeted to me by Real Madrid. I’m sure they wouldn’t mind me reproducing it here. It sums up nicely how I feel.

Addendum; sometime later with photos from the game added – Bayern won 2-1, but it’s still all to play for in Madrid on Wednesday. If anything it’s more exciting now! Real made amends by winning El Clásico in Barcelona 2-1 on Saturday night! Woohoo! But la bestia negra remains to be slain. It won’t be easy, but another momentous occasion beckons.
Labels: AP Bavaria beer celebrations Fußball Madrid Real Madrid work