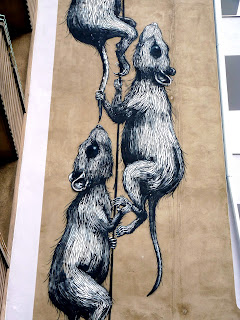 So the lying rat is leaving the sunken ship before his cronies, mute as it was sinking with their tongues up his arse, can trot him off. No matter. The ship sunk, with it the harbour, drowning all the non-Teflon covered rats conned into voting for them in gigantic waves of debt. It’s the price all rodents, regardless of how they voted, have to pay for the gullibility, stupidity and greed of those infected by his feral ways. Beneficiaries from his slithering, conniving and scaly-tailed dealings remain covered in Teflon of course, the Teflon of “the law” there to protect them. It's easy to blame one slivering rat when many are to blame, but perhaps now we can hope Ireland will never experience a plague like them again. 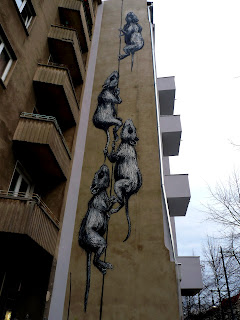 Any resemblances to any real rats, living, dead or in between, are purely coincidental and regrettable. Though it’s highly unlikely any real rats could be so despicable sewers would vomit at the stench of their presence, I certainly would not want any of our four-legged friends to be mistaken for the rat-like creature I’m referring to. Thank you for your infest.