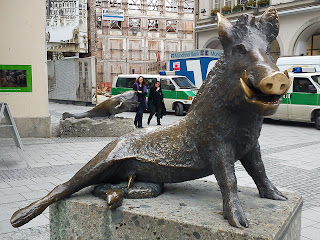 Little pricks are given great importance in Munich. It may seem a boar to the rest of the world but Münchkins are sticklers for detail. In no other city would the poor creature need to display his copper codger so profoundly. But little pricks are revered here, as Hitler himself found to his delight.
Perhaps he stayed for their big-bosomed hospitality. (Little pricks somewhat paradoxically having a weakness for big bosoms.) 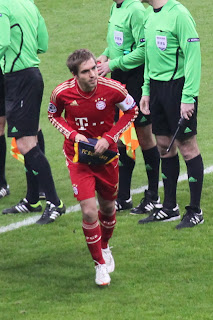 The Bayern Munich Münchkins laid on tonnes of grub and lashings of Weißbier for the journalists at the match last night. I got some grub, but it was too late by the time I finished up to sample any of the beer. Work didn’t seem to prevent any of the rest of them from guzzling it down like they were extinguishing fires in their sizable bellies.
They’re decent too (the Münchkins, not the bellies). The U-Bahn driver stopped after he’d closed the doors to let me on the last train. If that was Berlin, he’d have waited until I arrived at the door panting and out of breath, and then pulled off, slowly, so I could hear his cackle reverberating as he shook with Schadenfreude.* 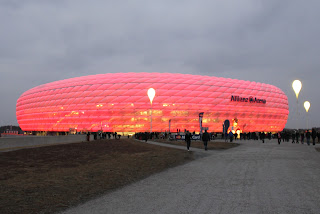 Hospitable? Decent? Maybe I’m getting ahead of myself. These are hastily-formed impressions after all. You can only really learn about a place if you’ve lived there your whole life, and even then you might decide on your last day you may have been wrong all along. You could just change your mind with your last breath, when it’s too late. 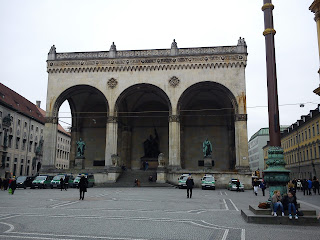 They take great pride in pretzels here, white dough baked and covered in great clumps of salt. They’re also proud of their Spätzle, though I have to say it’s crap compared to the Spätzle I had in Köln. Still, I’m slowly getting a feel for this land I find myself living in.. 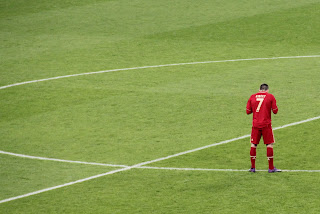 They’re an educated bunch, the Münchkins, judging by all the newspapers you can pick up anywhere. It’s great! They have boxes lying around and you simply lift up the flap for whichever newspaper takes your fancy and off you go. Free newspapers abound.
Perhaps it’s because their language is incomprehensible, even among themselves, so they need to have everything written down. Even the mad fella decided to write here, to get his views known. Gibberish of course, but that’s the way with little pricks. They loved him all the same. 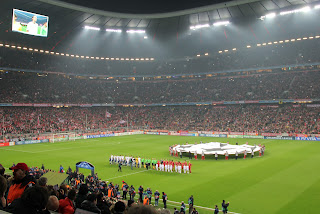 *Addendum; later Wednesday – the first train I got to on my return to Berlin waited until I just got to the door before taking off. I didn’t hear the laughter, but I’m sure they were pissing themselves.
Labels: Bavaria Fußball history Hitler Münchkins Munich