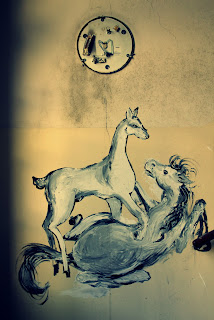 Whatever weight came off my mind on clinching a place on my latest German course came back this evening once I started it. I’m doing Deutsch C1 for the third time. I’m pretty sure I won’t be doing it again so I’d better get as much of that grammar and Wortschatz into me as physically possible, Schatz. I’ll be applying glue to my eyes and ears before every lesson to ensure it sticks.
My new classmates seem very nice. Usually there’s one social leper who sticks out a mile you notice straight away but there were none this time around. Crazy. Out of 25 people including myself, you’d think there’d be at least one weirdo, one socially inept fuckwit, one lost cause all the others take pity on and then try to avoid. But there weren’t any!
Unless. No. It couldn’t be. I’m not the fucking weirdo, the social leper! No. Of course I’m not. Damn. 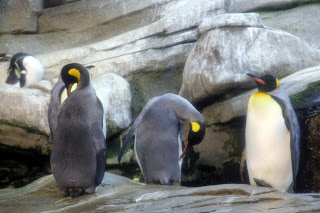 Well, screw them. I’m not going there to make friends. I have enough, more then enough, too fucking many. I’m going there to learn German which I’m more determined to do by the day. The Germans have been getting way out of hand on way too many issues now and I need to get my language skills up to a level where I can write angry letters in their language to let them know about it. Of course, as soon as you write anything in German it sounds angry, but you know what I mean. 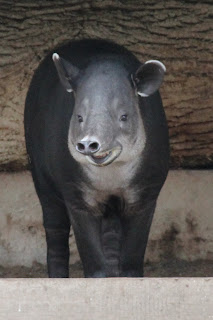 For example, I learned today that it is verboten to open a Kita (Kindergarten) on any day but the 1st or 15th of the month. You are only allowed open a child-minding facility on one of 24 predetermined days of the year. I don’t know why, nobody knows why. Whatever gobshite thought of that in the Making-Things-Verboten Office must be very proud. No doubt they’ll have it etched on their gravestone, although that’s probably verboten too, except on the 20th of the month.
There’s no lack of material. So I’ll be paying attention in those classes to take it all in. Especially now that no one is taking to me. I’ll be hanging on to Frau Klebe’s every word. That’s her real name. Frau Klebe. Klebe is the German for glue. Maybe this time, just maybe, it will stick.
Labels: bureaucracy German German lessons Germany