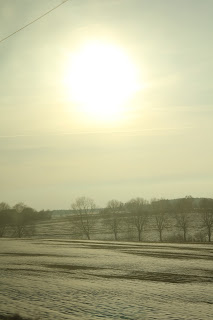 I’m finally on my way to the land of the Münchkins, or München as they like to call it.
I’ve never had any great urge to visit the place. Somehow yodelling, pretzels and leather trousers just don’t do it for me. The Münchkins themselves are meant to be dry oul’ shites too, probably why they have to make so much beer, which is the world’s best, I will admit.
They’re not really Germans at all of course, but an entity among themselves, closer to the Austrians than anything else. And we all know what they’re like and what/who they contributed to the world. 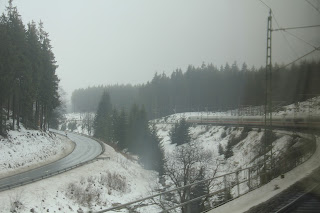 But the Münchkins think the sun shines out of their arses. They wouldn’t stoop so low to say hello to anyone unless it’s to God himself.
“Gruß Gott,” they’ll say, thus confirming that as a mere mortal you’re only barely deserving of their precious breath.
One school has even outlawed “hallo” and “tschüß” because they’re not höflich enough, making “Gruß Gott” and “auf wiedersehen” mandatory for all, and the Bavarian educational honchos approve! I suppose it won’t be long long before “Gruß Gott” is compulsory everywhere. 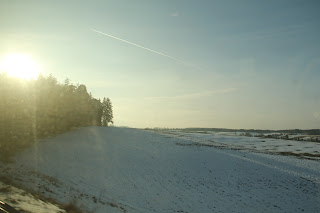 The Berliners weren’t impressed when they heard that.
“We have more important things to worry about here,” your man on Motor FM said.
Anyone who Gruß Gotts me is going to be pointed to the nearest church.
Why am I going at all you ask? Well, Vitali Klitschko, who brought me on my first foreign assignment to Hamburg, is responsible. I thought I had problems with the way people greet each other in Munich; tonight Mr. Klitschko is going to show what he thinks of being slapped in the face. Now, that is unhöflich.
Labels: Bavaria boxing Germany Münchkins work