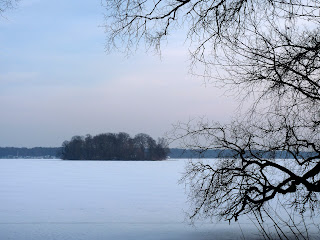 One of the neighbours has taken to triple locking the front door downstairs to keep out the cold. Not only that, but when I went to bring down the rubbish earlier I discovered another door, locked, that I wasn’t even aware of being there before.
I mean Jaysus, it is cold, but triple locking doors ain’t gonna help. If anything it just prolongs the poor sod’s misery outside as their frostbitten fingers fumble with the keys to try to get in.
Four locked doors separated me from the rubbish, five if you count our own though that’s never locked, so someone obviously believes the rubbish must be somehow responsible for this infernal cold. Not that cold can be infernal, or it wouldn’t be cold anymore, but you know what I mean. Unless hell has frozen over... 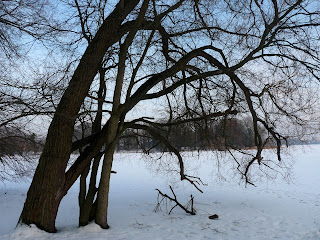 I don’t know what the temperature is. I no longer care. It’s fucking freezing and that’s all there is to it. Minus and counting. It has me wondering why I moved to such an inhospitable place in the first place. Fair enough I should suffer the consequences of my madness, but now others have to suffer them through no fault of their own. It’s cruelty to subject a child to such hellishness.
We walked on water today. Like Jesus, though he only does that trick when it’s warm. Kreuzberg’s canals are completely frozen over, so we were able to walk on the Landwehrkanal as we made our way to shelter. Many others did too, some with prams, others with ice skates. It’s very pretty if you can survive long enough to enjoy it. 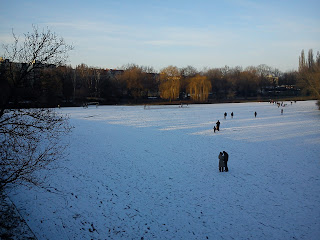 A couple of miserable-looking ducks bobbed up and down on the Spree as we passed. There are huge ice floes on it, but the river itself hasn’t frozen over yet. Those ducks are just counting down their remaining days. They’re ducked. You’d think they’d duck in somewhere...
I’m sure Berlin’s abandoned buildings are just stuffed with homeless right now, huddling together, drinking themselves into a stupor so they can no longer feel the cruel biting cold. Poor fuckers. Some of them have died already, as did some oul’ wan who escaped from a nursing home. Yes, it’s that cold. I don’t think double locking, triple locking, or even quadruple locking doors is going to help.
Labels: Berlin cold snow weather winter