Tanks for the memories: Another abandoned army camp 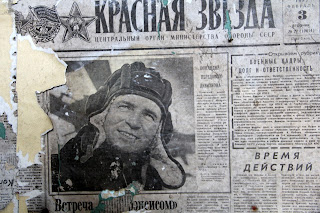 Not much can be gleamed from the old abandoned Panzer Kaserne near Bernau apart from the fact that Russians love covering their walls in newspaper and playing basketball in attics. It’s true. 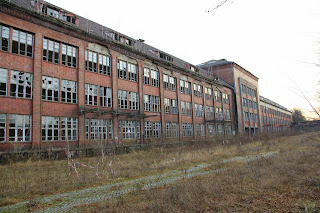 At one time the Red Army’s 90th Guards Tank Division was based here, or so I’ve presumed anyway after conducting my fill of painstaking and contradictory research.
It may have been another division. They were definitely Russians, or Soviets at the very least, and they definitely had tanks, missiles, weapons, arms and legs, ready to be put into action quicker than you could say Sputnik. 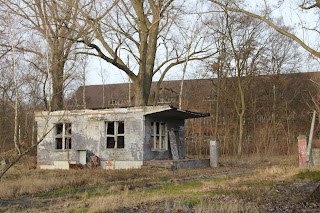 Luckily for me they were gone by the time I hopped over the wall and in. I’d actually been looking for the Wehrmacht’s laundrette during the Second World War. I mean it was the Wehrmacht’s laundrette at the time of the Second World War, not that I came looking for it during the Second World War. I’m not crazy – I’ll wash my own clothes thanks very much.
I thought this was where Germans had their uniforms lovingly cleaned, pressed and ironed so soldiers could keep up appearances when off foreign but my explorations established that that was in another location nearby, where the Russians later made themselves at home too. I don’t think they’re there anymore either, but I’ll go back for another look. 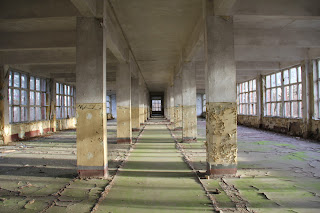 For now I was happy exploring the deserted army barracks that I found myself in, spread out stoically, with imposing buildings, huge and overbearing, all ringed off by a high wall which left the camp sealed off from the outside world, not that it cares as it sits out its solitude in the forest. 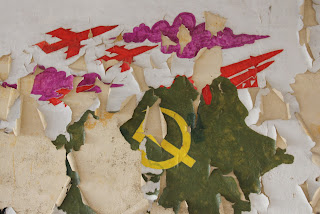 Inside, there wasn’t much to learn about out Soviet friends. Nearly 20 years have passed since they left, and each winter has done its worst, during more damage than they did as it turned out, wiping walls clean without emotion, smashing windows, bringing down roofs, stripping the ubiquitous newspaper off the walls, flaking away at the previously inspirational murals to leave patches of paint in their wake, old makeup worn away like Russia herself. 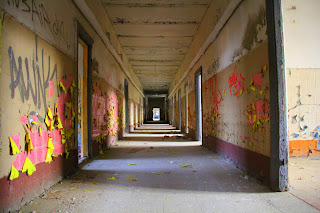 Decay and rot are doing their best to erase her memory, though many of the buildings are sound, still good enough to play basketball in their attics, as the Russians must have done with their aforementioned arms and legs to alleviate the boredom of waiting for a war that never came. 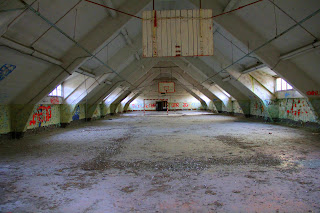 Now they’re occupied by pigeons – I guess they like basketball too – cooing and whooshing at visitors as they attempt to shoo them away. They’ve waited long enough for peace and quiet, they don’t want to give it up now. Either that or they love scaring the shit out of intrepid explorers... 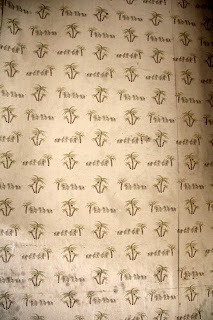 The only other heart in mouth moment was when I walked by yet another doorway to spot the legs of a man inside. A dead soldier. Forgotten perhaps. Maybe he couldn’t bring himself to leave. Russians being Russians, they didn’t bring him either. I’d already walked past the doorway before I realised what I’d seen, the thousand doorways before warranting only half a glance if I was going to see them all. Shit! A fucking corpse! Maybe he’s still alive, maybe he’s only sleeping. Dead or alive. I don’t know which is worse. I inch back, stretch my neck around the corner. A tarp and a pair of shoes. Thank Christ, there’s no body, ‘twas only a trick of the eyes.
They love playing tricks in places like these, when nerves are a jangling, every sound is a ghost and the spirits of the past are just waiting for the right time to say hello. You can't expect to wander around an abandoned Russian camp without expecting them to say hello. It’s all part of the fun of camping. No wonder they loved it so much. 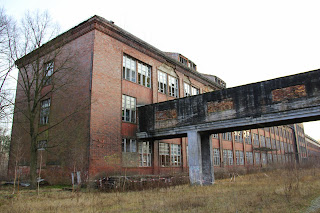 What
Abandoned Soviet military camp, home at one time to tanks and, of course, Russians. None of them are there anymore. Well, just a couple of their ghosts... 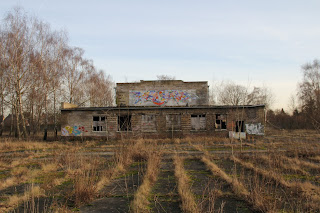 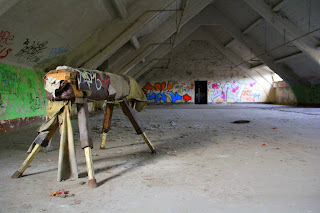 Get the S2 S-Bahn in the direction of Bernau, get off at Bernau-Friedenstal‎, walk in the direction the train was going, under the underpass, follow the path around to the right until you come to another underpass, this time under the motorway, keep going, take the path up to the right, past a small lake with a private fishing club hut. This is where you cut into the forest. Either follow what you can of the path in a westerly direction and then cut in to the left, or walk to the back of the fishing club and strike a right there. Either way, once you’ve made your choice, stick to it and keep walking until you reach the high wall. Follow it until you find a spot where it’s easier to climb in.
Here’s a map in a well meant but ultimately futile attempt to make it easier to find.

Getting in
Not too hard, once you find a part of the wall which is easy to clamour over. There are parts where it has collapsed or where a convenient mound of muck has gathered to give you an easy jumping off point. 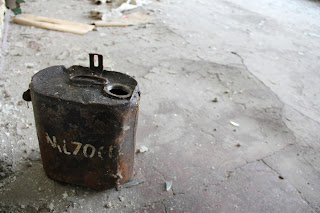 When to go
Daylight. You really don’t want to get lost in the woods when it’s dark. For all I know the place is crawling with boars and wolves. 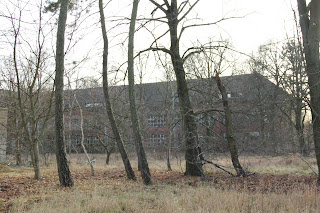 6/10. Slightly awkward to find, and there’s a bit of a trek through the woods where doubts will enter your head before you finally find the wall. Maybe there’s an easier way in from Schwanebecker Chaussee but I didn’t go that way so I can’t tell you. You’d also be much more likely to be seen going in if you go that way.

Who to bring
Probably a good idea to bring someone, in case one of you breaks a leg, gets eaten by a wolf etc.

What to bring
Camera, beers, a sandwich or bag of crisps to keep you sustained. Waterproof boots are a must if you’re going to go traipsing through the forest.

Dangers
Don’t go into the old theatre because it really does look like it will collapse if someone even sneezes. The roof’s gone already. It’s just a matter of time before the rest goes.
As usual, watch out for the Polizei, especially if any of you are brazen enough to approach from the road. There doesn’t seem to be any security on site for now, but I guess once a few visitors arrive someone will have the bright idea to start charging. 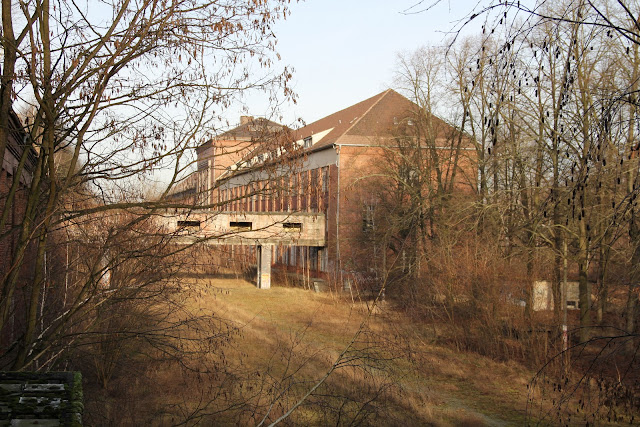