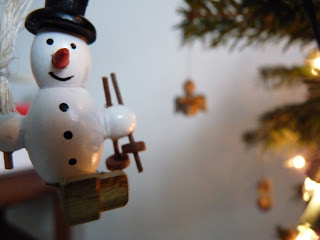 There are many advantages to having Christmas on a day other than Christmas. The shops are still open so you can pop out if you forgot to get, say, coffee or dessert. They’re still open when you come home with said coffee and dessert only to discover there’s no milk.
Christmas paraphernalia is reduced if you’re so inclined, there’s no Mass to be dragged to* (maybe there is but there are no draggers) and there’s no need to worry about battling hordes of frantic shoppers to purchase a present the recipient will take one look at before determining it was bought in the blind panic of Christmas frenzy. 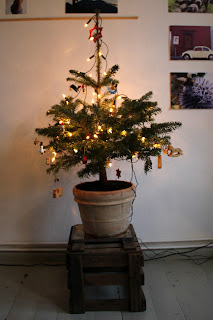 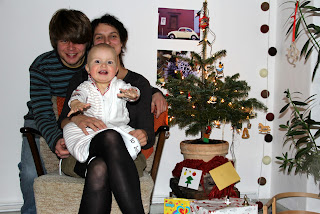 I reckon it was a cunning ploy to get straight to the presents after he’d been cleaned up. Not that he gave a shite about them, ironically enough, but at least wrapping paper provides fun. (Jenny got him a sleigh. Cue the third warmest winter in the last 100 years with not even a hint of snow.) My own presents are still in the post (I’ve heard that before) so I’ve been given presents of mind. But then again it’s not about the presents. Nor is it about the past. The future? Who knows? When it’s not Christmas, it can be anything you want it to be.


*I should clarify, on behalf of my dad who was highly insulted at the implication that he dragged anyone to any Mass, that we were not, in fact, dragged to any Mass when we were in Ireland, but went of our own free will. It may have been to see Santa, and he mightn’t have shown up, but that's another story altogether.