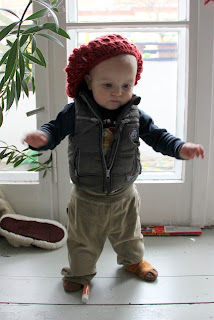 Small steps for man, giant leaps of faith for an intrepid nipper. Crawling is so last year, this fella’s walkin’ into 2012! 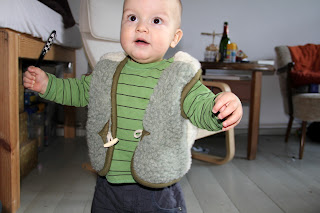 He’s been practicing all year so far, leaving the sanctuary of whatever he’s clinging onto, boldly striking out for freedom. Further and further, from one and a half or two tentative little steps over the New Year, to a veritable gallop of five – maybe even six! – in the days since.
You could see he was thinking out it over Christmas, weighing up the pros and cons, but those dallying days are over. Approaching his penultimate days as a zero year old, nothing can stop him now.
Labels: achievements nipper