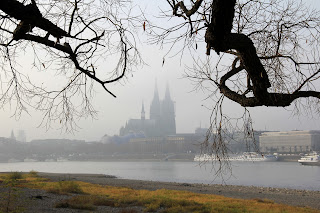 Once you sit at a table in Köln, someone will come over and ask you to sit somewhere else. Based on my experience in the city, I can categorically state that this happens every time without fail. Twice I sat at a table, and twice I was asked to move. Evidently the locals don’t like blow-ins to get too comfortable in their sacred city. 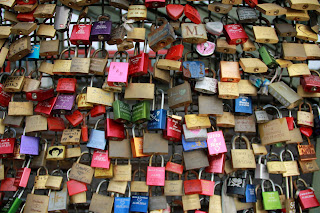 For Cologne is a sacred city apparently, founded by the Romans before it was taken over in the middle ages by religious nuts. Religion often strikes in middle age for some reason. ‘Twas them that began construction of the cathedral in 1248 but they must have had more breaks for Kaffee und Kuchen than they do at the Bürgeramt as it took another 632 years before they finished it. In fact, I’m not sure they did, judging from the ongoing work at the Kölner Dom when I was there last week. 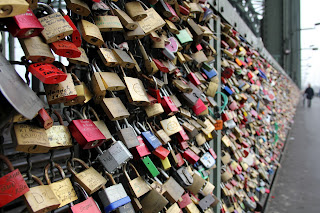 The cathedral is impressive though, albeit at the cost of casting the rest of the “Domstadt” in its significant shadow. Nothing else really stands out...
The railway bridge carrying poor unfortunates in the direction of Leverkusen is adorned with thousands of locks engraved with lovers’ names, many of whom, no doubt, now wish they hadn’t thrown away the keys. The only locks you’re likely to find lying around in Berlin are at crime scenes, having proved woefully inept at their jobs, so at least the Kölschies are getting some use out of theirs. 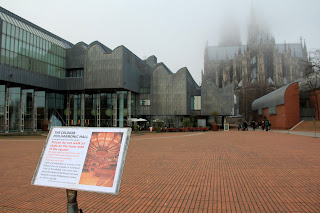 Walking on the square outside the philharmonic is verboten, for fear the sound of footsteps might disturb the delicate geniuses at work inside. Evidently those listening to them have delicate ears too. Why in the name of Jaysus they don’t have sound-proofing is beyond me. Instead they have eager wardens guarding the perimeter with their lives, preventing any passers by from daring to step a toe inside. It was a Thursday morning when I was told to walk the long way around, so I presume this is a permanent state of affairs. None of the wardens were wearing slippers either. Next time I’ll bring a drum kit, set it up on the path beside them and give them something to get Kölschy about. 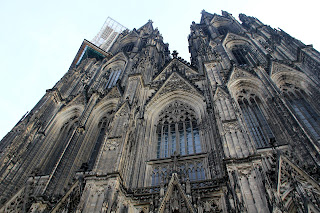 Das ist Köln, or my very short impression of it anyway. My time was as limited as the size of their beers. The Kölschies are proud of their city, but if I had to pick sides I’d go for their great rivals downriver (up north) in Düsseldorf. Their Schweinshaxe was much better for a start. In Small Beer Country, a little means a lot. 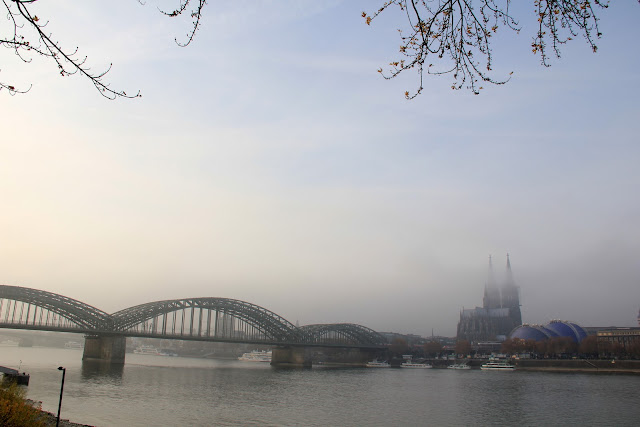