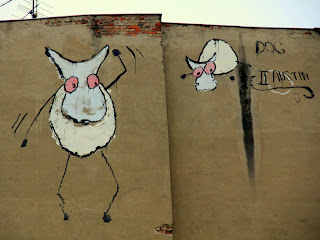 Dancing is forbidden in Germany today as a nationwide Tanzverbot takes hold. I tell ya, this country is just a bundle of laughs. If something can be verboten, it will be.
Today’s ban on dancing coincides with Totensonntag, Dead people’s Sunday, when such flathúlach carry on is frowned upon by the powers-that-be. Evidently they feel their subjects should display a bit of decorum for a change, on such a solemn and reserved occasion. 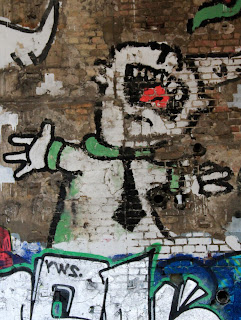 Mein Gott, imagine the horror of disrespecting the dead, with shameless dancing! It must be verboten at once!
Of course, especially in Berlin, there’ll be places where you can raise your arms gleefully, swing your hips provocatively and shake your arse defiantly despite the ban. Perhaps the Verboteners fail to see the irony of driving dancing underground, where the dead can also join in. Usually they ain’t got no body to dance with. Shake them bones baby! Dance till you drop.