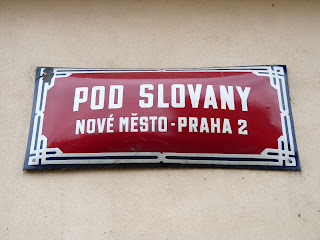 Prague’s buildings are so pretty and delicate they have to dust them like ornaments. Seriously. Two guys were abseiling down the side of one building with feather-dusters while we were there. I don’t think they were checking for fingerprints. 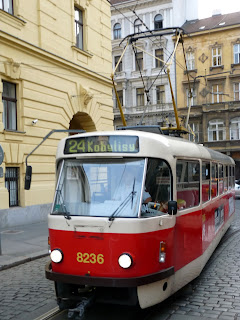 It is pretty. The buildings are irrefutably impressive and trams of all shapes, sizes and ages trundle by on its streets. Some of the older ones are simply fantastic but the snazzy new ones, although they may be faster, are crap.
This phenomenon is not just restricted to trams, but many things great and small, as if the price for unimaginative progress is predictable decline. So I salute Prague’s abseiling feather-dusters as they lovingly brush their precious buildings above calm cobbled streets. 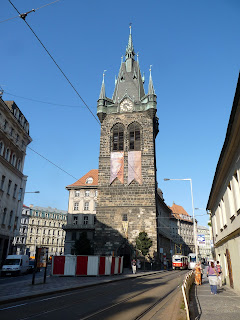 That would be the streets without the tourists, for the streets with the tourists are anything but calm. Hordes of camera-clutching visitors scurry across the Charles Bridge and up to Wenceslas Square, ooohing and aaahing and getting in each others’ way. It’s like the shops before Christmas or off-licences before Good Friday (when the pubs are shut in Ireland, leading to mass panic as people stock up on liquor to get them through the 24 hours) only worse.
Perhaps the tourist invasion explains why the Pragueshans are so damned grumpy, downtrodden and miserable looking. Even lovers sitting together on park benches looked like they were forced together at gunpoint. 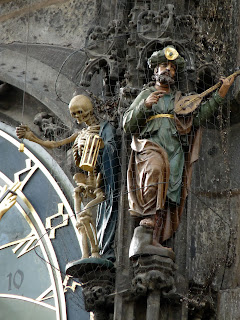 Maybe boredom is to blame. There’s only so long you can look at and admire pretty buildings. There ain’t a lot to do in Prague, except drink. Thankfully there’s plenty of good beer available to chase away depression, although evidently not enough for the natives. Some of the beers were simply delicious, but not that Staropramen shite, which is the local brew. Budvar, whose German name was unashamedly stolen by American piss-producers, is deceptively tasty. I had to try it several times just to be sure. 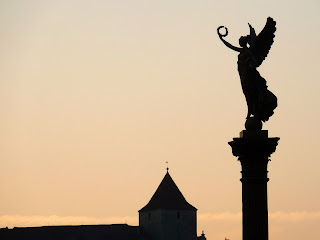 The grub too is good, not as bad as I expected it to be. I was expecting weird sausages, soggy bread, fat dumplings and sauerkraut – such is Czech cuisine – but I ordered a shoulder of pork the first night we were there and it was so good I had the same every day thereafter. A big lump of pig served on a wooden board with chillies, horseradish, mustard, brown bread and nothing else – none of these so-called vegetables getting in the way – tastefully prepared and tastefully eaten. Yum! I’m getting hungry again now just writing about it.
Yes, Prague may be pretty, but more importantly, it’s piggy too. 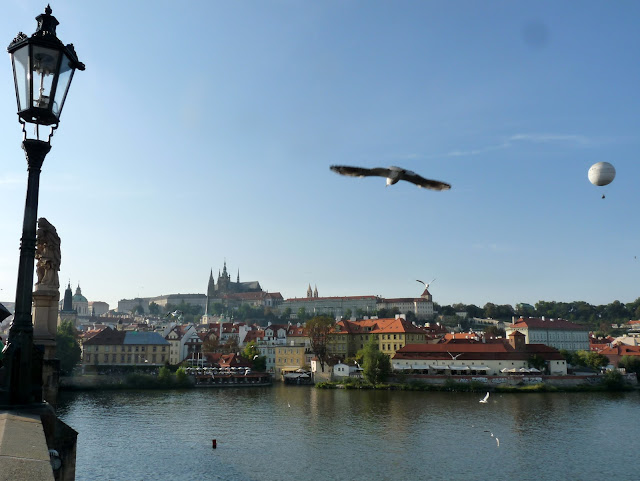