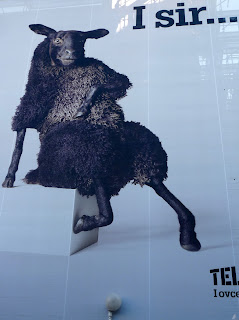 Germany – as we know it – is 21 today. I remember my 21st. Upstairs in The Pickled Pig. It had a bad rep before; stabbings, rows, brawls and that kind of carry on, but I never saw any trouble there and it’s better to have a bit of life about the place than none at all. Although if the stabbings got out of hand one could lead to the other.
Anyway, ‘twas a grand pub at the time. It’s since been burned down, they say for the insurance money, though I wouldn’t know anything about that. There are apartments there now and no pub so ye can come to your own conclusions.
I hired the function room upstairs and a bar extension – to 1.30AM! Such were the licensing laws in Ireland at the time (and possibly still) that you couldn’t get a drink anywhere after 1.30am for love nor money. Then they wonder why the Irish drink so much, after years of drinking against the clock.
Much to my surprise, people turned up, loads of them, although I didn’t bother with the 21 kisses or any of that crap. Or maybe I did, I can’t remember. 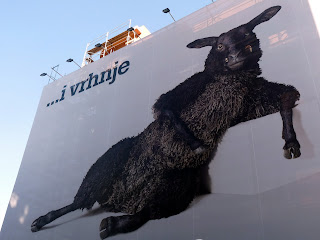 To get around the chastity of the bar closing, I ordered a keg of beer complete with gas and equipment for the real party at home afterward. I’m sure the neighbours were thrilled. The place was jammed with friends and strangers we picked up during the relocation. I didn’t know half the people there. I remember two pretty Italian girls though they were untouchable at the time, not that it stopped my flatmate, for whom they were untouchable too, from trying.
The keg was finished, and in the morning, when there were bodies all over the apartment (I woke up behind the couch. I’ve no idea who or how many slept in my bed), the dregs were finished. Then over to the pub across the road. A damn good party if I say so myself. 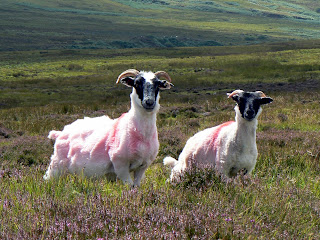 What the hell is Germany doing? Feck all as far as I can see. For a country whose natives have an unhealthy obsession with birthdays, it sure is sheepish about its 21st. Baaaaaaaaaaaah.
Labels: drunkenness Germany Sheep