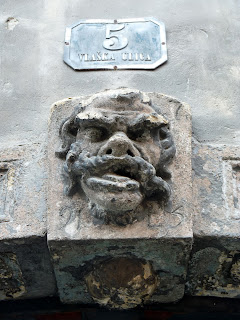 Rushing to conclusions after limited exposure is the only way to offend people and get away with it. In keeping with the man who brought me to Zagreb, my impressions of the city were forged in a bolt from the airport to the hotel to the venues and back. Damned quickly. I liked it. 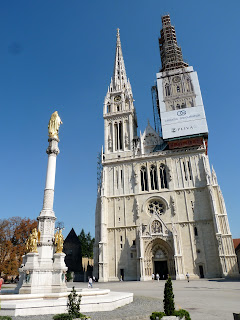 It’s crumbling but fine with magnificent façades worn down and weary, somehow purveying greater dignity in their ornate decay than they ever could in their pomp, the supposition of a former grandeur far greater than mere bricks and mortar can ever be.
There’s beauty in its chipped, marked, used, flaking and eroding buildings, a reminder of what Berlin must have been like before they ruined it with refurbishments.
Soviet-style boxes of unimaginative decrepit flats can be found further from Zagreb’s centre, cut off by ring fencing to prevent the occupants’ escape. Long corridors stretch out under strip lighting throwing its blinding glare on the monotony of battered door after battered door after battered door, blaring TVs jostling for dominance among the pigeon-holed neighbours. Sometimes refurbishment is good. 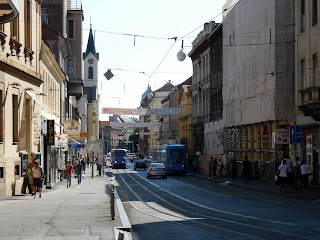 But the centre’s pretty, populated by blue trams, hardly any traffic and squillions of studentskis. The place is crawling with studentskis and café bars, everyone sitting outside basking in the sunshine. The sunshine! Jaysus, I had to ask a local what that was. 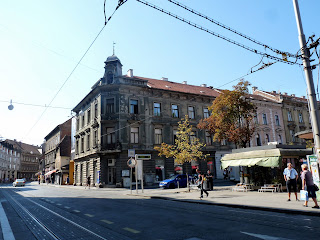 They read a lot and don’t talk to each other much. Out of a group of four auld ones sitting outside on the steps, three would have heads buried in books or newspapers, with the other content to watch the world go by.
There were noticeably few fat people anywhere. Either they eat very well or they don’t eat at all. Maybe they’re cannibals and the juiciest and most succulent just get eaten. As I said, impressions were formed quickly. Perhaps too quickly. 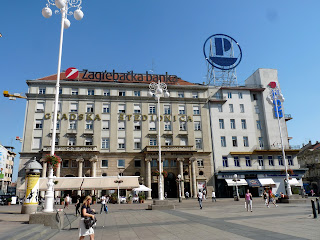 Being relaxed and well-fed (or not), the people are very friendly and pleasant, possibly to the detriment of everything else. They tell you what you want to hear, rather than any truths which might be found unpleasant.
They’re worse even than the Irish, who will (understandably) flower unpleasantness to make it more pleasant, soften the blow of bad news in consideration for the recipient. Of course a German will do neither, delivering bad news with sledgehammer accuracy and the wherewithal to omit consideration but not any painful detail. 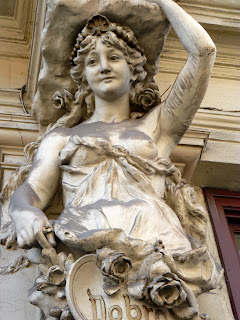 Croatians are the other extreme. On the way in from the airport, normal radio service was interrupted by a traffic report in English assuring us there were no delays anywhere in the country, that traffic was moving along just swimmingly everywhere. Of course, we were stuck in a traffic jam at the time. With the tourists duly mollycoddled, the service resumed in Croatian – presumably the real traffic report.
Labels: Croatia