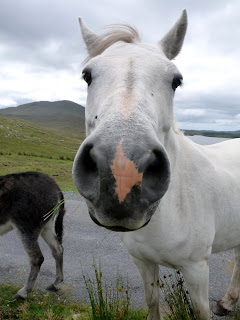 My German’s gone to the dogs. Zur Hunde gegangen as the Germans would say if they weren’t allergic to metaphors*. So I’m starting another course tomorrow.
In truth, it’s probably not that bad, and might even be getting better, but my German’s nowhere near as good as I want it to be. I won’t be happy until I speak it better than the natives, until people stop showing me how bad it is by telling me how good it is.
I still curse at motorists in English when we cross paths. Once I’ve vented my fury at another gobshite, fuckbag, ass-wit, toerag or bollocks, I’m left with a disconcerting feeling of inadequacy for not expressing myself in their tongue. Sure, they get the message, but the feeling remains. And there are enough of them around to ensure I feel like that every day. 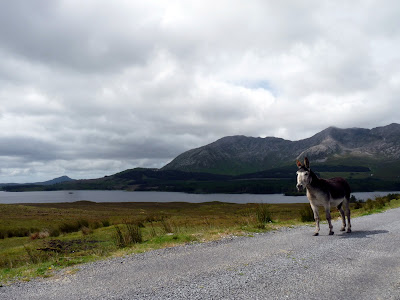 So enough. Tomorrow I start and I won’t let up until my first reaction is to curse at the motorists in their language. The next Schweinehund, Arschloch, blöde Kuh, alte Sau or Hurensohn will get the message in double quick time.
No longer will I feel like a donkey after taking part in another cross cultural exchange.

*Jenny has reliably informed me that Germans do, in fact, have “thousands of metaphors” such as: “Schweine gehabt, kalte Kaffee, Schnee von Gestern, spitz wie Nachbars Lumpi and millions of others.” I’m not sure if millions is a metaphor for thousands, or vice versa, but let it not be said that Germans are allergic to metaphors. Allergic to slagging perhaps, but not metaphors.
Labels: Fitting in German German lessons Life