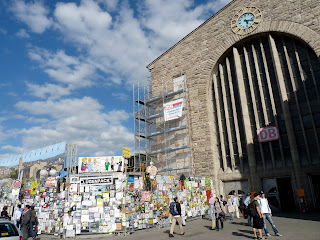 The furthest assignment yet! I’m enroute to Stuttgart to see Schweini, Poldi, Jogi, Götzi et al as they take on the lads from Brazil tonight. I’ve responsibility for bringing news of this momentous occasion to the rest of the world.
It’s six hours on a flippin’ train to Stuttgart. I could be back in Ireland stocking up on tea and back by the time it takes to get there. But there you go. I take solace from the fact it’s even further from Brazil. 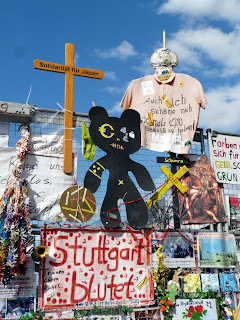 For them Neymar is the main star, supported by a Ganso-load of other Brazilians nobody has heard of since Kaká started living up to his name and the original Ronaldo went into retirement. But I look forward to meeting them all the same and showing them a trick or two. Apparently the feeling is mutual.
My expectations of Stuttgart are mixed, however. On one hand it’s the city where Ray Houghton scored a goal no Irishman, woman, child or animal will ever forget. On the other, there’s my experiences in other German cities. Jaysus only knows how small their beers are.
At least there’ll be the futebol! Sambando com a bola no pé. 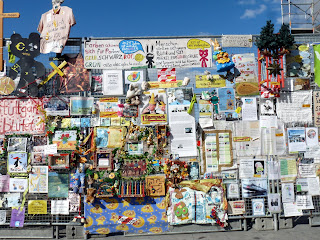 *Post post addendum. I wasn't in Stuttgart long enough to make any observations on the place. Nor was I even in the place long enough to come up with a general feeling based on my whims at the time. All I saw was the train station really. However, I was impressed by the Stuttgart 21 protests outside the beloved Bahnhof, and must salute the Stuttgarters for standing up for what they believe in. Macht's jut.
Labels: AP Fußball work