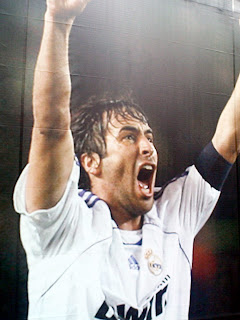 I’ve been a Real Madrid fan since Hugo Sánchez used to somersault after scoring. I do not remember any of his goals, nor did they matter. Somersaults were the thing. That was a long time ago.
Heroes came and went, trophies and leagues were won and lost, but my faith never wavered. Madrid were simply el mejor, aristocrats of futbol, showing others how it should be played and striking fear into opposing teams’ hearts. For the most part anyway.
Recently Barcelona have assumed that mantle, and life as a Real Madrid fan has been a little more challenging of late. Nobody likes to be beaten 5-0 away or 6-2 at home. Times have been hard. Barcelona are enjoying a golden age. I’m not a fan of tiki taka but they like it and others too so leave them off. 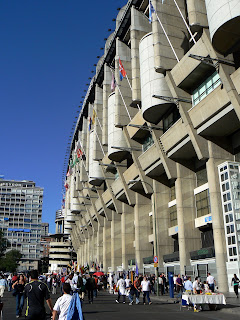 In the latest Clásico between them, I was happy to see Madrid hold their own with skill, guts, determination and incredible stamina over two legs, albeit in vain as Messi made it 5-4 with three minutes to go.
That’s when the shit hit the fans.
A kerfuffle broke out and the Madrid coach took advantage by stooping to a level unfathomable, inexcusable for a coach of any team, let alone Madrid. Whatever his excuses, the moral outrage of wrongs perceived or otherwise, there is no excuse. 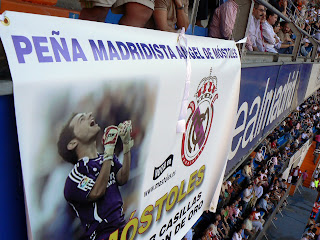 With one cowardly act, he has brought shame on the club he represents – my club.
Florentino Perez (Real Madrid president) looked like a shattered man as he surveyed the damage. Old and sad. Barcelona might have inflicted defeat, but the greatest harm is self made. Despite doing all he can to make Madrid great again, the club is instead scorned and vilified, past glories sullied by the actions of one man.
That coach should go. He might be the best bet to beat Barcelona, but without dignity and respect, he’ll always be a loser.
Labels: Fußball Real Madrid