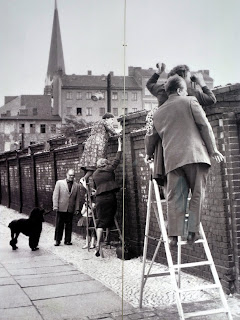 So it was 50 years ago today – to this minute – that the fuckers closed the border to imprison their own brethren. People talk about Ostalgia now, but if the country was so flippin’ great, then why did they need to build a goddamned wall to keep people in it? Gah. 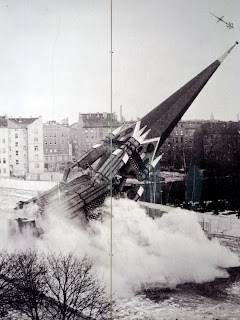 For those who know nothing of the Berlin Wall, basically it was a 155km barrier around West Berlin, made first of barbed wire, fencing, guards and guns, before being fortified with concrete and a 100 metre death strip so those attempting “Republikflucht” could easily be gunned down. They blew up houses and even churches in its route, just to make sure they could have a clear shot at people.
Despite the obvious risks in attempting to get over this indication of man’s stupidity, thousands tried, their risking of life and limb a damning indictment of the country they were trying to leave behind.
While in effect the wall encircled West Berlin, it was really to keep the East Germans out of it – the GDR head honchos had evidently suffered enough embarrassment already from seeing their best and brightest leave for better opportunity elsewhere. 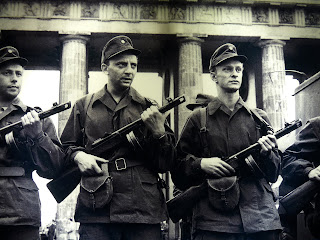 Goddamnit, that wall would have boiled my blood. And those fuckwits guarding it deserve nothing but contempt. Fifty years ago tonight they lined up with their guns “just following orders” as they stopped anyone crossing an invisible line. They made sure it became visible over time.
Labels: Berlin Berlin Wall bureaucracy Cold war DDR fear Mauerfall shady shit