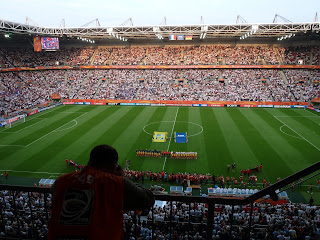 England were out, my job was done.
I take my leave of the World Cup with the main prize still to be decided. Germany are out, Brazil are out, Australia are out, Canada out, Mexico out... But women's football is definitely in.
It was a helter-skelter couple of weeks, punctuated by trains, increasingly underwhelming catering (Berlin won – not a carrot cake anywhere else), small beers, mundane cities, and the pressure of not erring without the time to think. Once the copy was filed, there was no time for anything else. 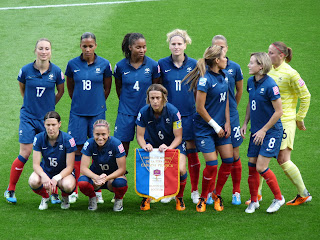 The football far exceeded my admittedly low expectations, with skills, pace, guts and nail varnish a plenty. France in particular impressed, especially Gaetane Thiney and Louisa Necib, who can do stuff with the ball the begrudgers can’t even aspire to. There has been excitement and scripts befitting Hollywood – the hosts shocked at the last, Hope Solo defeating the evil Marta against all odds – while there was a distinct lack of diving bullshit, hissy fits, theatrics, negative tactics and tiki taka, making this women's World Cup far more entertaining than the men's borefest last year. Vive la différence!