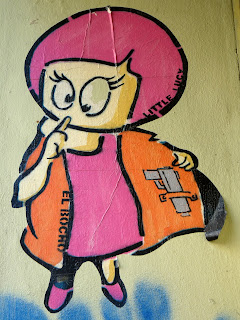 Mönchengladbach is a city remarkable for its utter unremarkableness. When I came here last week, my only view was blocked by an incurable steamy bus window. I know now, it was doing me a favour.
Its inhabitants, however, are a different story. In my limited dealings with the Mönchkins I have encountered nothing but rude, surly, unhelpful turds. From the bus driver today who wouldn’t let me off when I couldn’t disembark quickly enough (I made the mistake of allowing others on), or the security guy who insisted on seeing my accreditation when I was leaving the venue, to the fucker who nearly ran me over outside the stadium tonight. In a word – gobshites.
I realise I haven’t met all the natives, but if the sample I did meet is in any way a general reflection of the local populace, then maybe they should change the city’s name to Mönchkinsgladtoseethebackofyou. I’m sure I heard cheering as the train left for Düsseldorf...
Labels: Germany Mönchkins Small Beer Country