Half a year old today! Six months ago he landed on the planet – or would have but for the quick reactions of the midwife – today he wakes up in Ireland for the first time, no doubt wondering why it took a lifetime to come back to the land of his ancestors.
Half a flippin’ year! Mad. There was so much confusion and excitement at the time I don’t even remember half-marrying the midwife, but thankfully the cause of it all has been taking everything in his stride as he continues his undaunted progression.
I thought he couldn’t get any bigger. I was wrong. He’s HUGE. If he carries on like that it’s only a matter of time before he devours us. Of course, he still pretends he can’t sit or walk and so we’ve to carry him all the time, despite his bulgingness. Tell-tale creases are the only way we can discern where his joints are. He won’t be able to pretend he can’t walk for much longer.
He did learn to rollover in the last month. Not on command like a dog – he’s got his dignity – but when it suits him to flip from his back to his belly to better see what’s going on. And he always wants to see what’s going on, to the detriment of sleep and even – would you believe – eating. Wide eyes like vacuums taking everything in.
Teeth have taken a break from progression, but lurk ominously behind the gums, while hair is beginning to sprout on his head. It’s very fine hair, almost fur. Perhaps he’s a nip off the old block.

He’s a happy nip – that’s for sure. He laughs a lot, and flirts outrageously with his smiles. He has all the women of Berlin (and some of the men) wrapped around his little little finger.
He likes nothing more than the wind in his face – he literally drools with happiness, blinking, licking his lips and squeaking with joy – while there was a broad smile when he felt rain for the first time a couple of weeks ago. I guess he’s going like Ireland so.
Flowers are like magnets for his grabbing hands. They might regret their alluring properties when he rips off their blossoms, but he’s definitely a fan of nature and the outdoors. He sighs with contentment as a breeze ruffles the fur on his head. I feel he might be an Arctic explorer one day.
If not that, then perhaps an astronaut – he loves being a rocket flying to the sky – although in light of recent developments I suppose he’ll more likely be a cosmonaut.
Naut one way or the other, he’s halfway to being one. It’s the six month nipaversary! 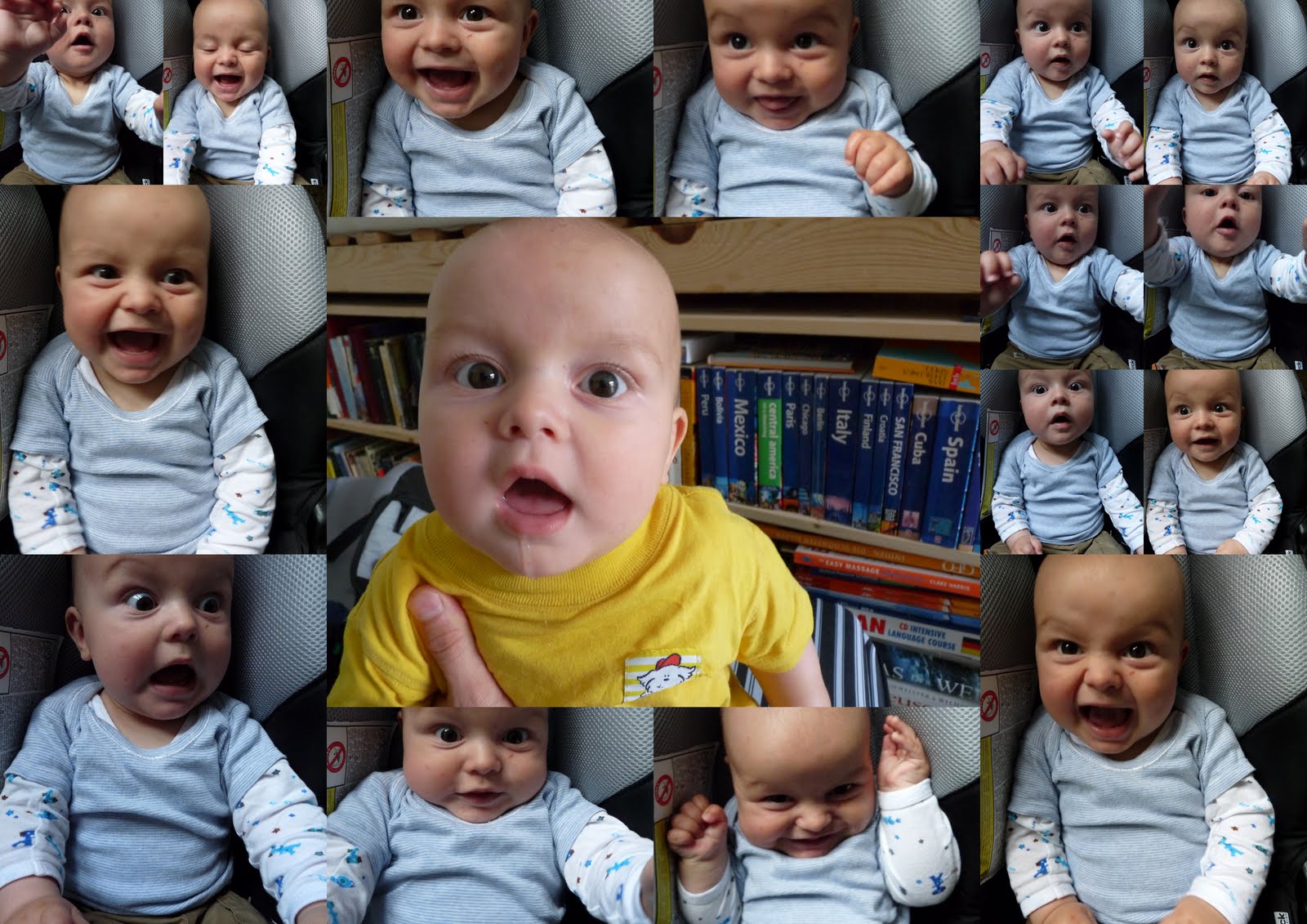