Revenge of the killer tomatoes 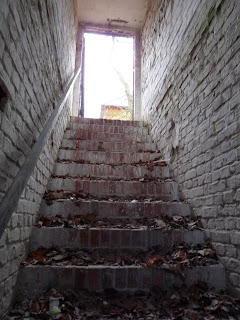 I don’t know how long I can write. I shouldn’t be writing now but have to get a message out somehow! For the last week we’ve been hiding in the basement. Licking the walls for sustenance. At least they’re safe. Since the killer tomatoes started prowling outside, we don’t know what to do, where to go, who to trust. We’re fucked!!!
Those dastardly tomatoes. No doubt they’d been planning this for years, but finally they swung their plan into action with the help of those treacherous cucumbers and lecherous lettuces – lecheruces. It’s revenge for all those years of grilling, chopping, slicing, dicing and shredding – the veggies strike back!!!
Man they’re angry. The tomatoes were getting redder and redder, bigger and bigger, until finally they just had enough and took matters into their own hands. “We’re not veggies! We’re fruit!” Now they’re the ones doing the grilling – bullying and pushing people about for information, stomping and splattering – now they’re ketching-up. 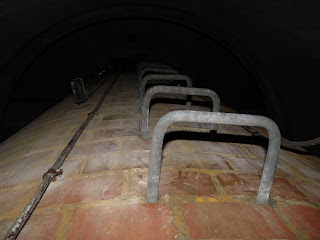 Nobody knows how to stop them. They’ve killed, infected, sickened, spread terror and will kill again. It’s terrifying. I just went upstairs and found a bunch of tomatoes lurking in the fridge. I slammed the door shut and am now typing under the duvet. I hope they don’t find me. Just in case, I wish to proclaim my allegiance to our new vegetable (and fruit) overlords. (They might actually be better than our current, human, overlords.) All hail o mighty tomatoes, cucumber and lettu—shit! What’s that?!
I think I heard a rustle. Soft padded footsteps. Heavy breathing. Oh shit shit shit. The duvet’s twitching. No no noooooooo!!!!! AAAAAAAAAAAAAAAAAAAAAAGGGGGGGHHHHHHH!!!
Labels: fear food killer veggies murder shady shit