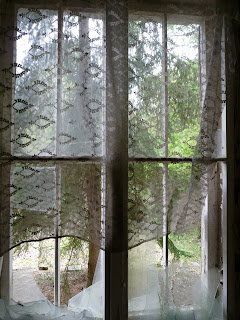 Shadowed by fear, consumed by guilt, somewhere in the contradiction of nowhere lies a forgotten city so secret only darkness and light know it’s there. A whole city without a soul. Curtains flutter nonchalantly through broken windows, backs turned on hollow rooms and impotent corridors, while outside stand giant empty hangers shellshocked and still, doors creaking forlornly, their stash of deadly nuclear missiles long gone and with it their raison d’être. 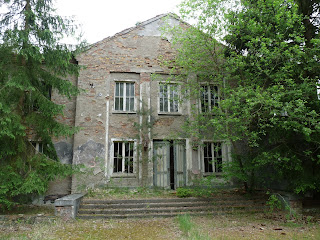 Welcome to Vogelsang, where the Russians once had atomic weapons earmarked for Western Europe’s consumption, ready to launch at a moment’s folly in retaliation for a pre-emptive strike or pre-emption of an imminent retaliation.
Construction at this 7,000 hectare site began in 1951 (one of the few complexes purpose-built by the Russians, most likely off plans seized from the Germans after the war) before the garrison became home to around 18,000 soldiers and civilians, a shit load of tanks, anti-aircraft missiles, tactical missiles and the most fiendish missiles of all – nuclear missiles. 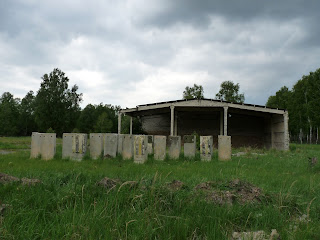 Soldiers carried out manoeuvres at night to avoid American surveillance, and locals had no idea what kind of shenanigans were going on behind those guarded walls.
R5-M (SS-3 Shyster) missiles were brought here by the elite 72nd RVGK Engineer Brigade in January 1959, and allegedly aimed at London, Paris, Brussels, the Ruhrgebiet and Bonn (where an atomic bomb would actually be an improvement). These things were HUGE, weighing 29.1 tonnes and reaching 20.74 meters, and much more powerful than those dropped on Nagasaki or Hiroshima.
The East Germans were not informed, and the missiles were delivered under cover of darkness using back roads so they wouldn’t find out.
The Russians withdrew the weapons in September, as part of a disarmament pact Nikita Khrushchev agreed with the Americans in return for the removal of US missiles in Turkey. 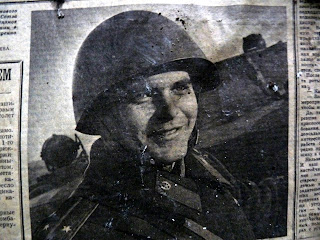 However, another sneaky deployment – this time with R-12 (SS-4 Sandal) nuclear missiles – was sent here in 1961 during the top secret Operation Tuman.
It was so damned secret even the soldiers did not know where they were being deployed. 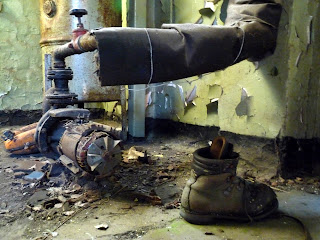 “Officers and career servicemen for a long time had no clue that the road ahead of them crosses the western border of the USSR and transited to the GDR,” reported the commander in charge, Colonel Vladimir Aleksandrov from Smolensk.
Col. Aleksandrov’s forces waited for the order to fire. “Everyone agonized from the suspense. But the command to load up never came,” he said. “On several occasions I reported to division command ... but each time I got the same answer: ‘Wait. Increase the regiment’s training and combat readiness.’” 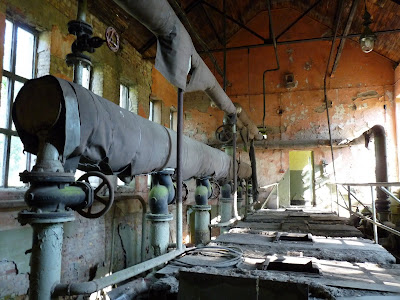 In the end, the Soviet Union’s production of the R-14 Chusovaya missile (SS-5 Skean) with its much greater range eliminated the need for armed nuclear missiles in Germany, and Col. Aleksandrov was given the order to disband on July 12th, 1962.
Of course, there was still enough going on through the Cold War and beyond to keep Vogelsang busy. The Russians didn’t leave until 1993.
Now the Germans want to wipe it from the face of the earth. It’s not so secret that they can leave it alone. Mechanical rubble makers are slowly making their way from the north, gobbling and grinding their way through history, while the forest does its best to reclaim the 4,000 hectares of woodland cut down before construction began. 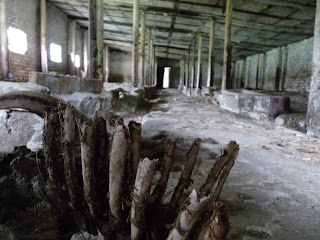 I entered through the south and promptly found a corpse. In the middle of a dark shed. A ram ravaged by wild dogs or a forgotten soldier. Teeth bared by lack of flesh in a permanent grimace, 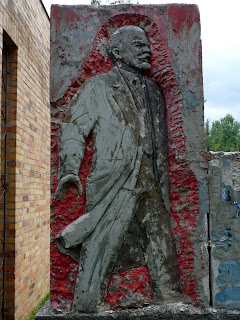 bones poking awkwardly toward the ceiling reaching for the spirit which left it behind.
Hordes of mosquitoes attacked to keep me from venturing further – must have been under Khrushchev’s orders – but there was no way I could turn back now. Bunkers, bombs, battalions – all were discoverable in my head as I and searched for clues to secrets nobody wants me to know, hiding from time to time as I heard voices, other people perhaps, perhaps not. Lenin was definitely there and more besides (electric fuses boxes made by J.W. Stalin in Treptow, Berlin!) but despite a day picking my way through scattered roof tiles and scurrying from one building to the next, peering, poring, pontificating, I only made a scratch. Interrupted by darkness and wolves, I didn’t see it all. I have to go back, I’ll go back. 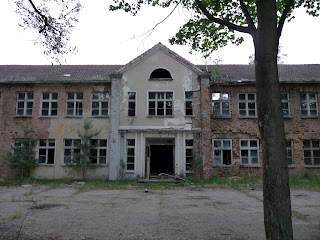 What
Kaserne Vogelsang. Soviet military barracks and top secret nuclear missile launching site. This image gives you an overview of the site and run down of what happened where. 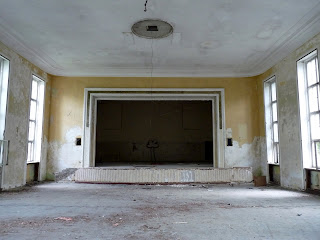 Get the S1 S-Bahn to Oranienburg and then the RB12 (a weird little regional train that comes along every half hour or so) in the direction of Templin. You might need to push the button to request a stop at Vogelsang train station. Bring your bike – Vogelsang itself is tiny, but the abandoned site you’ve come to explore is huge. One day is not enough, so if you’re brave or crazy enough you could always sleep in one of the buildings to continue exploring the next day. The site of interest is to the northwest of the train station. Map here. 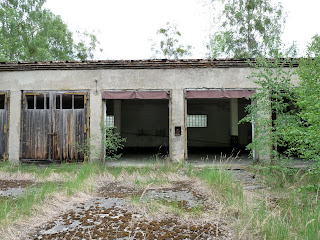 Getting in
Either hop the fence (quite easy) or cycle on until there’s no fence (even easier).

When to go
Now. As I wrote, they’re intent on destroying anything remotely interesting around here. I mean, what harm is an abandoned Russian nuclear missile launching site in the middle of a forest? Nope, they just can’t leave anything alone. 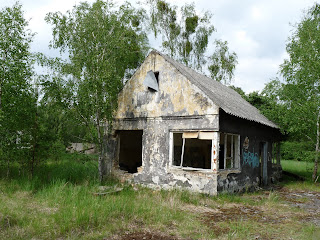 Difficulty rating
$/10. The main problem is getting here and the expense that incurs. Train tickets for human and bike (necessary because they do check) come to a whopping €18 or so return! The train ride from Oranienburg is about 30 mins.

Who to bring
Like-minded explorers. A Russian would be useful for translation purposes. 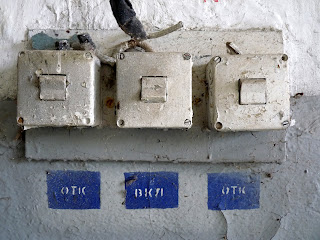 Dangers
Some – scrap that – all of the buildings are in a bad way. Be careful etc. etc. and don’t trip over any atomic bombs or anything like that. Also watch out for the mozzies. In fact, you won’t need to – they’ll find you. Just make sure to bring a good mozzie spray to keep the hungry buggers at bay. 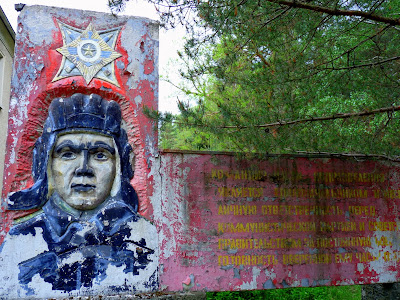