This city can’t help destroying itself – wars, walls and now... apartments. Wherever you look they appear like rashes; shiny, new, twinkling at foreign investors lured by developers fuelled by greed and pushed by banks to spend their borrowed money before it’s too late. Buy! Buy! 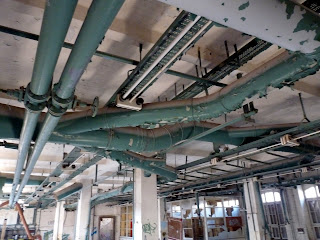 Yes, many a fine building is damned as an investment, sentenced to apartment conversion, the dignity of quiet crumblement denied, proud histories forgotten, stories buried in plaster, echoes of the past drowned out by cement mixers, cranes and drills. Bah!
Some ignorant builder yelled at me and the nipper as we made our way into the former ceramics factory first opened by Ernst Hildebrandt almost 120 years ago.
“You can’t go in there! Verboten!” Jaysus, you’d swear we were going to rob the damn thing. 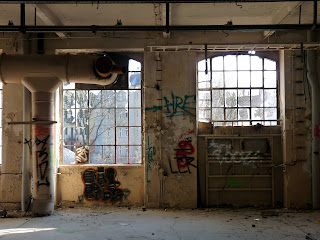 So I went back, on a Sunday, when all Germans – builders included – are gorging on Kaffee und Kuchen for the day. I cared not a damn for detection and easily made it in. Stepping over the scars of construction, past diggers and machinery I felt an impulsion to switch on, I passed a great lake of water and soon found myself inside the one remaining building from what was once a bustling factory complex. 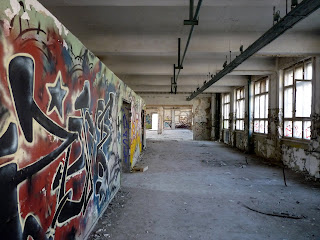 A long long hall, all windows broken, all paint flaking, all sockets ripped from the wall, lamps ripped from the ceilings, the place was fucked. Jesus, it really was in a sorry state. Graffiti or street art (depending on your opinion of its quality) adorned walls not interrupted by smashed windows. There were offices on the next floor, also fucked, rubbish on the next, and yet I went up floor after floor, crunching glass underfoot, driven by the hope there might be something still to see. 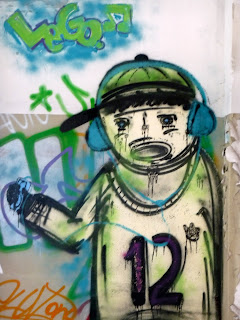 I don’t know what pleasure pigeons take from scaring the shite out of me, but another waited here before announcing himself with an almighty flutter of feathers as I inched forward. Then I saw a ladder leading to a black hole in a wall. Of course I had to look! Nothing. I don’t know what I expected but it was disappointing. Disappointing in particular to see how the mighty had fallen. 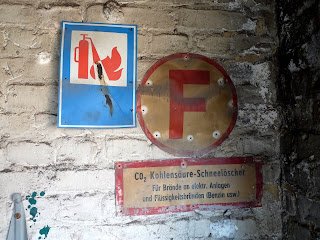 Herr Hildebrandt founded his factory here in 1894 making ceramic gas lights. In 1910, it became the United Magnesia Co. & Ernst Hildebrandt AG, a leading light (ha!) in the manufacture of high-quality insulators for electric heating technology, before it became the Steatit Magnesia AG (Stemag) in 1921.
Alexander Kremener had used part of the site as an iron foundry from 1902 and in 1932 Stemag bought this part and merged it with the existing business to form Dralowid, short for Drahtlose Widerstände (Wireless Resistors). Their parts were used in things like record players, radios and projectors and mad things you wouldn’t have thought bits of ceramic would be in. 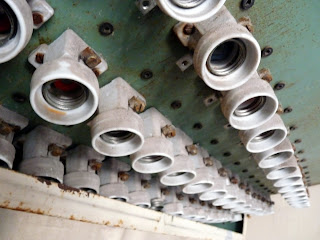 It would drive you pottery just thinking about it.
The war opened up further openings and the product range was extended in 1939 to include production of parts for the V1 buzz bombs. Then this particular street corner was bombed to bejaysus on March 12, 1945, leaving gaps still there today.
After all the unpleasantness of the war, the Russians took over Dralowid, before it became the GDR-owned VEB Elekrokeramik producing ceramic parts for electric heating and radio frequency contraptions. It was the only company of its type in East Germany, making parts to be used for communications and no doubt helping the Stasi spy on anyone and everyone. Its days though, like theirs (oder?) were numbered. 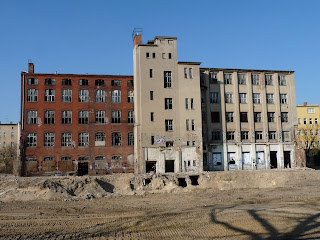 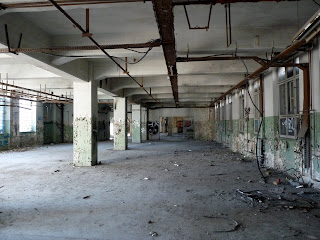 How to get there
Get the S1 to Wollankstraße and walk from there. It ain’t far. I almost forgot the map. But this proves I didn’t.

Getting in
You can either hop the gate, or do as I did and go in through the trees at the bottom of the site on Gaillardstraße. 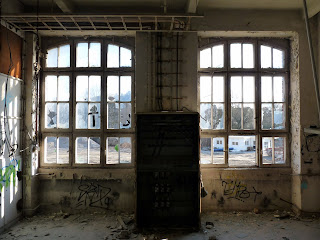 Difficulty rating
2/10. Maybe I just didn’t give a damn anymore but I sauntered in there like I owned the place. Damnit, if you get caught, say you you’re looking at buying an apartment.

Who to bring
Girlfriend/boyfriend for an alternative date. 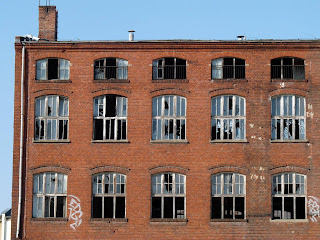 What to bring
Bier. And some more beer.

Dangers
The building’s in a bad way. I don’t think it’s been refurbished since 1930 or so. Try not to trip or fall or otherwise kill yourself, and as always, watch out for nosy neighbours, wannabe informers and builders.