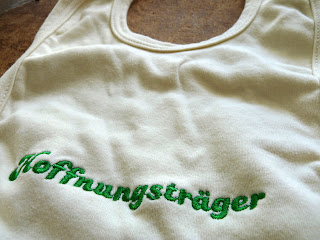 The arrival of the nipper into the world did not go unnoticed by the local church. He was four weeks old when a letter arrived congratulating his mother on his birth, along with a booklet on baptisms and a bib – made of organic cotton – lovingly embroidered with the word “Hoffnungsträger”. Bearer of hope. For whom, or what exactly they hope to do with him was not divulged.
I was furious, not just because the fucking church was sniffing around, but because it had been provided with personal information by the Bürgeramt it had no business knowing. 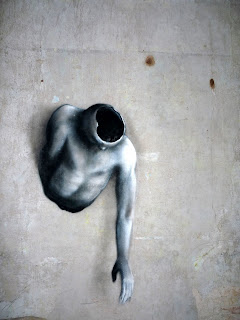 For a country which kicks up such a fuss about privacy on the internet, it sees no wrong with the fact you cannot take a piss without the authorities knowing it, and then passing that information wherever they see fit. In this case, the local authority took it upon itself to pass personal details of a child to the church.
Registration of the nipper’s birth and existence was compulsory – presumably so he can be tagged, watched and controlled like all good citizens of this state are – but I didn’t realise at the time his name, address and date of birth would be passed around to all and sundry.
Just over a month old, he already had a tax number to pay his taxes, a health insurance card to pay his premiums, and now the church wanted to enrol him to pay his dues. I suppose it’s only a matter of time before the GEZ sends him bills for all the tellies and radios he must have stuffed in his nappies. 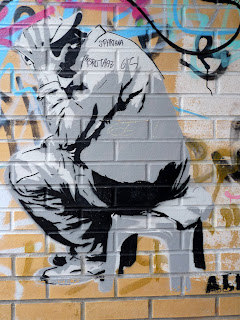 But the fucking nerve of the church to serenade him. Of course not every priest is evil, but cover-ups, feigned ignorance and an unwillingness to confront the truth indicate complicity. A refusal to adhere to the law, hiding behind canon law, confirms it.
I covered the Ferns Report while still a budding newshound with The Echo and it sickened me to the bone. Even worse, however, is the utter failure of the church to deal with it. Instead they promote their like into sainthood.
They’re all tainted, in Germany too, so when the fucking Bürgeramt passes on my son’s information to the local church I’m not amused. Of course, he can join it if he likes, but only when he’s old enough to be able to decide if he wants to.
That they pass his information around to anyone is bad enough, but the church! My aversion was clear from an early age. My parents said I was a “good baby” who “didn’t cry much”. Then I was baptised and “had a fit” screaming and roaring the church down. It’s gotten worse over the years. Now I can’t hear church bells ringing without a feeling of unacceptable intrusion.
“I’ll go ring a bell in the priest’s face, see how he likes it,” I told Jenny yesterday. She rolled her eyes.
But I don’t remember being asked if I wanted to be baptised. No other group blackmails parents with hell and eternal damnation to recruit members blissfully (or not) unaware of their membership. With such easy targets, the church doesn’t need the Bürgeramt’s help.
Labels: baptism Bürgeramt Germany shady shit