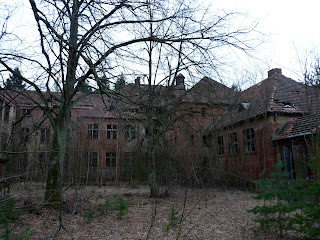 Lurking in the shadows of the forest, Heilstätte Grabowsee creaks and groans through the gloom, the former tuberculosis sanatorium sighing with echoes of the past as it sinks into the resignation of decay. 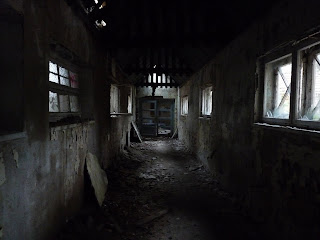 Trees bend and sway to listen, their rustling branches quivering from the calls of the unfortunate souls who perished and suffered in these crumbling buildings, their solemn corridors, their tarnished halls, their empty rooms.
The breeze rustles from the branches and rushes thoughtlessly through the forgotten wards, swinging doors and windows, banging without respect. It foolishly attempts reviving the unrevivable, leaving new formations of dust and leaves in its wake. Nothing else stirs. No mouse steps paw in these haggard halls, no rat scavenges for discarded bodies. They’re all gone, long long gone. 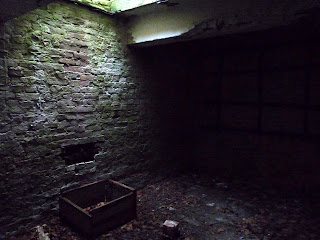 They’re gone since 1995 to be precise – the Russians that is. They scarpered once they realised they weren’t as welcome anymore in reunified Germany. I’m sure the rats hung around a little longer. Rats don’t give a rat’s ass for politics and will happily live anywhere that isn’t too expensive. That being said, they are more attached to their arses then we are, and would not give them lightly for any reason. 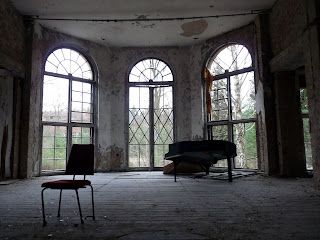 The Russians stayed 50 years, using the place as a military hospital once the war ended, but I was unable to find much detail about their shenanigans.
My search for facts did uncover an altogether more interesting story than that of a nation with more military than sense (just one of them) when I stumbled on the tale of the lost city of Grabow! Apparently the city was destroyed in a “minor earthquake” (must have been made of straw) and was covered by the lake that today bears its name. Locals say you can still see the towers of the city in the lake on a fine day, notwithstanding their supposed destruction by this “minor earthquake”. 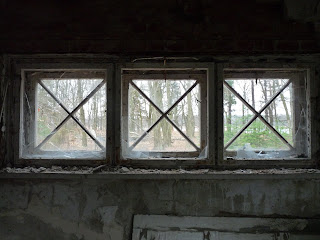 Apparently the ruins of Grabow Castle are nearby. The only ruins I found, however, were those of the Heilstätte. The former sanatorium can only be described today as fucked, which is a shame, as I’m sure Gotthold Theodor Pannwitz would agree. 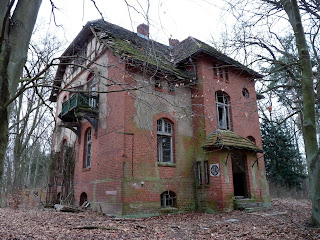 In 1895, Herr Pannwitz was at the Kaiserlichen Gesundheitsamt, where he campaigned for a sanatorium for tuberculosis patients, quickly getting support before it was established at Grabowsee on a trial basis in March 1896. Twenty seven barracks for lung patients were added, and the first 30 patients moved in a month later. I guess they’re all dead now. Nevertheless, it was a success and became the Red Cross Sanatorium for the Working Class, before it was taken over after the Great War by the Brandenburg Insurance Company in 1920. The architect Arnold Beschoren was then responsible for the complex’s expansion and renovation, the results of which are the buildings which are crumbling today. A small church was built beside the lake at the time, but was burnt down by some idiots in 2007. 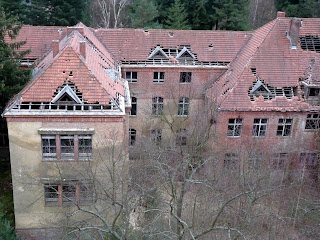 Of course the other Great War came and went, before the Russians did. A number of commercial enterprises failed, but apparently it was taken over by a crowd called Kids Globe in 2006. They have big plans to turn it into some sort of paradise for kids. Good luck to them. Thankfully the complex is far enough away from Berlin that some fuckbag developer hasn’t turned it into apartments. 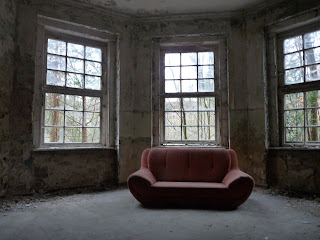 It’ll take a helluva lot of money to do anything with this place, giving people a bit of breathing space before it’s “cured” but I wouldn’t wait too long, or the serenity of flaking paint, dust, rust, rubble, shards and impenetrable gloom may be shattered by the shrill screams of snotty kids.
A pigeon frightened the bejaysus out of me as it tiptoed down a long dark corridor – I swear he waited just long enough before flapping his wings for maximum effect – but he was the only soul I met. Old sofas, couches and chairs somehow always make their way to these places, as if drawn by the solidarity of quiet abandonment, and the forest is slowly taking over. It would be nice if it stayed that way. 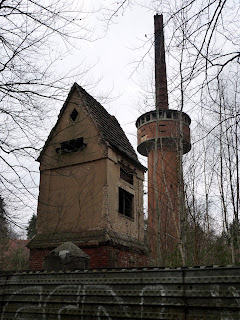 What
From 1896 to 1945 the former sanatorium for tuberculosis patients of Heilstätte Grabowsee, and from 1945 a Russian military hospital.

Where
Grabowseestraße 1, 16515 Oranienburg, Germany. Beside the lake known as Grabowsee, incorrectly marked on Google Maps as Grabomsee.

How to get there
Bring your bike with you and get the S1 or regional train to Oranienburg, to the north of Berlin. Cycle east on Bernauer Straße until you hit the canal, turn left and follow this along until you come to the bridge which will take you across to the complex. You’ll pass the Sachsenhausen concentration camp on your way if you fancy a detour. 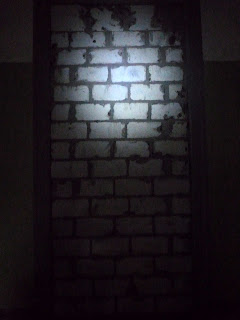 I can’t say I’d recommend it. Here’s a map which may or may not be useful.

Getting in
Hop the fence. Easy enough where someone has conveniently cut a tree to make a handy leg up, confusing as a handy leg may sound.

When to go
Daylight. Whenever it’s not raining would make it less miserable.

Difficulty rating
3/10. Very easy to hop the fence. The hardest part is getting here and finding it, which isn’t that hard if you follow the instructions above. 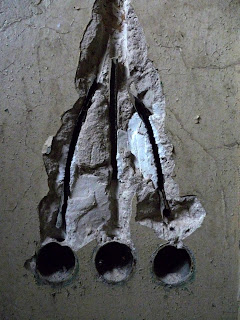 Who to bring
As with the previous site, whoever. Go on your own if you like being spooked out.

What to bring
Camera. Torch. Sandwiches or something to nibble on. A beer or two for rehydration. Good boots and possibly a hard hat.

Dangers
The buildings are in a terrible state as I may have mentioned before. Watch where you step, and under which roofs you stick your head. Ceilings – like Irish banks – are very much in danger of collapse. Of course, keep an eye out for wannabe informers and any builders or security. 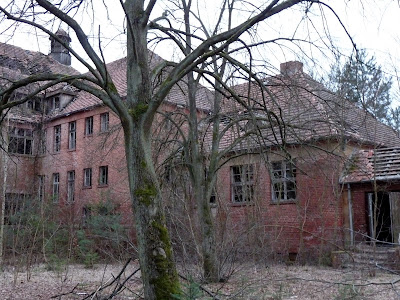