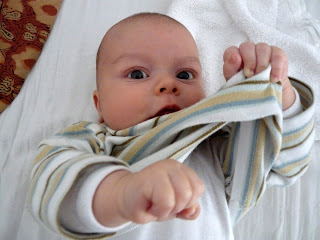 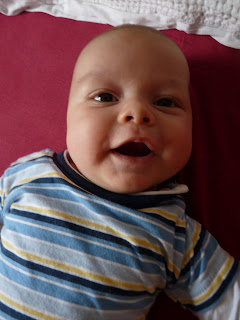 I expect they don’t like being grandparents, but will be happy with the result once they see him for the first time.
Jaysus knows how he’ll react. His manners are still shockingly bad; belching and farting without fear of reprisal. He’ll probably fart in their faces. But stars can do no wrong.
Hopefully he’ll be quiet though. He’s been pretty whingey and whiney of late, screamey and screechey of early. It was 5.30 a.m. when he kicked off this morning! The apartment’s eerily quiet now, which has me worried for the storm ahead.
I guess my parents have been here before though. After all, I was a nipper once, or so they tell me. I don’t remember so can’t be too sure. But they seem prepared. It’s a short visit and they’re wisely staying out of earshot, down the road. Hopefully he won’t exceed expectations.
Labels: nipper