Spotted in The Guardian 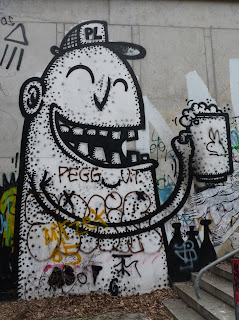 The world’s most little known famous journalist became a little less little known today when articles he wrote for Spotted by Locals’ Berlin guide appeared in The Guardian!
No doubt the articles on the Silberfisch and Schwarze Pumpe were seized upon by the UK’s most prestigious newspaper (not that there’s much competition) for the delicate turn of phrase, inspirational whatsits and hauntingly accurate and poetic je ne sais quoi.
They overlooked other Spotted articles I’ve done, the latest of which touches on the story of the ghost stations of Berlin and the city’s shameless rebuilding of the Berlin Wall in the chase for tourists’ dollars. Seriously, they’re rebuilding the flippin’ Wall! I'll have to write a proper post about that too. 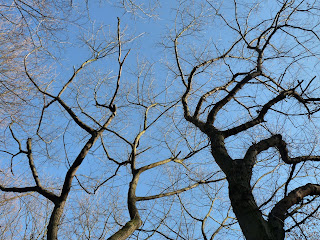 The Spottiness continues. Next week the Spotted honchos want to interview me AND publish a picture of me. Through some mad coincidence of camera lens fate, I only have pictures where I look ridiculous. They say the camera never lies, but I say they’re wrong, and I’m never wrong, even when I’m right. That one of me wearing the hat opposite when I had the red beard was actually a police mug shot, taken by surprise.
Fame and (especially) fortune may remain distant pipe dreams, if not great big tube dreams, but as long as stuff’s being published, I can go on sleeping. Metaphorically of course, and nipper permitting if not.
Labels: job Journalism SpottedByLocals work