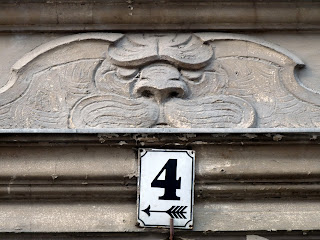 I’ve said it before, and I’ll say it again: Never EVER go to a hospital or doctor’s unless you want to be sick*.
Jenny brought the little fella to the Ärztin for her to tell us what we already know – he’s grand – and came home with an uninvited bug. The little varmint just wanted to get the hell outta there.
They force you to bring your kid to the doctor here, whether you want to or not, for check-ups/shake downs. It’s all part of the health insurance racket. Doctors get paid by the companies which get rich off colossal compulsory premiums from their victims. The sick system at work.
I wouldn’t be surprised if they purposely infected healthy individuals to make money from their “cure”. It happened before in the GDR. Plus ça change. It was unthinkable before too. 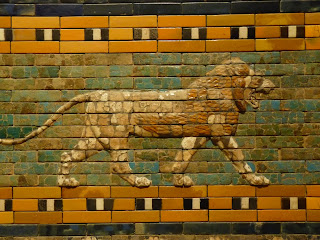 So anyway, Jenny was sick, her assistants who came to her rescue while I was at work are sick, and now I’m sick. The nipper projects liquids top and bottom anyway but he’s howling more than usual today so I guess he’s sick too.
It was bad timing on my behalf to break the toilet seat as I was cleaning the bathroom yesterday. Oh toilet seat! How can you leave us now in our hour of need?!
I’ve felt worse truth be told. Last Friday after consuming far too many Sternis the night before on a rare night out with the DB was ridiculous. I could barely function at all. I’m afraid my Sterni days are over. I mean, it tastes like shit and there have to be better reasons for buying a beer than it costing 50 cents in the Späti in Friedrichshain where you can get 10c back on the bottle. 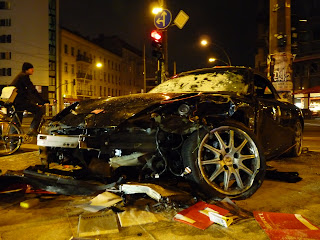 Now that I’m working I think I’ll splash out on some slightly more expensive rotgut in the hope of less vengeance the next day. 75 cents perhaps. Or perhaps moderation is the way to go...
In any case, one thing which has to go is the Drunken Hippo opposite. I shall be replacing him with a friendly frog. He looks suspiciously French, despite his friendliness, but we can forgive him this due to its irony. I think a Frosch more aptly reflects me right now.

* Disclaimer: Obviously if your symptoms are that bad that you couldn’t possibly pick up anything worse than you have already – if you’re knocking on death’s door for example – then this rule should be carefully considered once again. But only then.
Labels: insurance sick