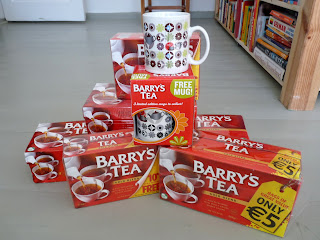 Stuff's a-brewin’ and it ain't tea. Between work, nipper and fending off bureaucratic idiocies in the post, the tea stockpile has been allowed dwindle to alarming levels. That mountain I brought back from Ireland in October is down to a few last miserable bags.
It’s gotten to the stage where I’ll have to fork out through the näse for some locally purchased Barry’s Tea. You can buy it online at Barry’s now, but they charge more for postage to Germany than for the tea itself. I’d rather stick 160 bags on an envelope of stamps.
Here, Deutsche Post actually charges postage if you order stamps online. Krass in ein Faß. Don’t start me on Deutsche Post – those stampers should stamped out. They send back letters here if there isn’t enough postage, fair enough, but not before ruining the insufficient postage you’d bothered with in the first place. Lesson: never write your address on the back. (If your Christmas card hasn’t arrived by now, you know why.) Forgive my seemingly harsh view of anyone connected with stamps or stampers; it’s a post modern view of modern post. 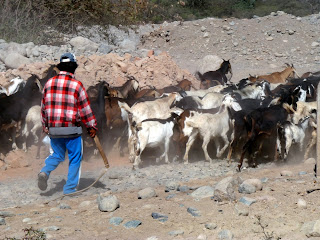 The tea situation is almost as critical as my hair, now officially ridiculous. Rid-iculous. I’ll have to get rid of it until it’s iculous. A hippie would be embarrassed. Someone told me last week: “I recognised you from the hair.” She didn’t mean just the one either so tomorrow I’m booking a haircut. A proper one.
Then there’s legal shit coming up. More Scheiße. Even thinking about it is enough to make you put the kettle on...
Labels: Bad service hair Tea