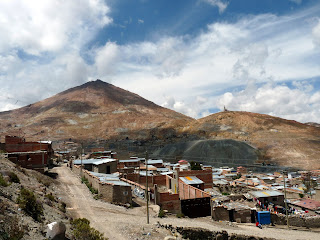 A letter arrived for Fionn today. Not a card or a present of which the little fella has been lucky to get many so far, but a letter. A proper letter. Official, from Bonn.
He didn't seem too interested strangely enough, so Jenny opened it up for him. It was a letter from the Bundeszentralamt für Steuern, with his tax number. His ID number for taxes. He’s been on the planet for 32 days and they’ve sent him his tax number. Unbefuckinglieveable.
The number – he has been informed – is lebenslang gültig. Valid. For. Life.
They are aware he is 32 days old as they printed his date of birth, presumably so he knows they know it, and his sex, in case he forgets, or perhaps to show they know that too. 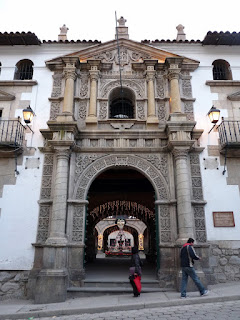 I’m not sure how many of those 32 days they’ve been gathering information on him – they haven’t had a lot of time to work with – but fuck it, they’ve gathered enough to nail him down for tax. A one month old.
I suppose now he’ll have to go off and find himself a job. I’m not sure what he’d do. He seems to like sleeping, grunting, snorting, crying, feeding and excreting. Perhaps a job in politics then. Maybe he could be the next Chancerer.
I’ll be writing back to the Bundeszentralamt für Steuern on his behalf. He hasn’t quite got the hang of correspondence just yet, so I’ll do it this once to inform them he has no intention of paying taxes anytime soon, nor does he need a number by which he can be tracked the rest of his days.
Taxes are one thing the Bundeszentralamt für Steuern will find hard to extract from a 32-day-old infant, but I also might include a sample of the one thing he can produce.
Labels: bureaucracy Germany nipper Potosí