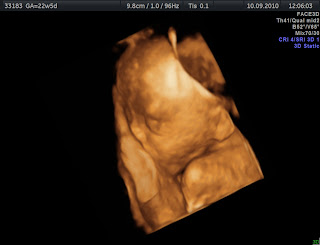 No sign of the nipper yet. The wait goes on. It seems to be enjoying the suspense from/of its cosy nipubator. Today (Sunday) was the due day but it would have been so typically German to arrive on time. Instead, I’m proud to note it will be typically Irish and fashionably late.
Apparently just four per cent of babies actually arrive on the due date – they’re notoriously late creatures – leading me to question why they call it a due date at all. Surely it should be called the non-due date. I also wonder how they came up with such a statistic and who, indeed, “they” are. A team of nipper clockers asking recent mothers how late they were. 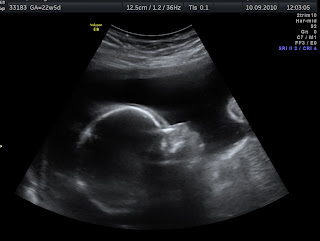 Waiting when you’ve no idea how long you’ve to wait is the worst of all – it’s like waiting for a bus in Ireland – and all this hanging around is making me impatient. I literally can’t wait. Concentration levels have plummeted to the extent where all I can do is “Dinge zu machen” lists of all I’ve to do. Compared to life and existence, nothing really matters enough to get it done. Even this post is taking forever. I really should get some sleep.
Jenny’s been keeping busy though, doing things which live on “To Do” lists but are rarely if ever done. She found some more pipes to paint, repaired the dirty laundry basket and cleaned all the windows today. She’s actually run out of stuff to do. Maybe I should give her my list... 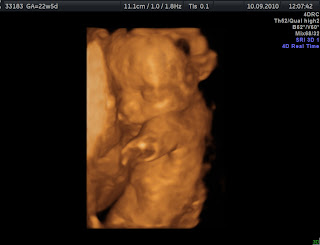 The hanging around did allow her to get in touch with the crowd who did the Feindiagnostik in September – the fancy check up when they took those crazy 3D pictures – and they kindly emailed her the pictures we thought she’d lost forever along with the Mutterpass. No hassle, no forms to fill, no formal requests to be stamped at the Bürgeramt – they simply emailed her straight away with the pictures! Unglaublich.
The kid looks quite strange in them but that’s how they look only five months or so into development. I’m sure it looks very different now, especially with such good-looking parents. Consider it a sneak preview. Hopefully it won’t be much longer before we get the première.
Labels: Life nipper