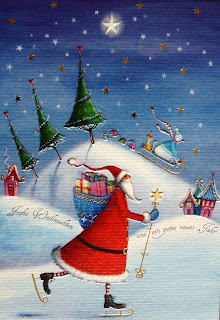 I hereby wish a lousy Christmas on all employees of German health insurance companies; on all Deutsche Post counter employees, especially the wagon who wanted €3.60 each to send two Christmas postcards because they were a centimetre wider than normal ones; on all Bürgeramt employees, employees of JobCenter Pankow and anyone else who makes a living from making others’ harder through bureaucracy; on all employees of German telecommunications companies; ING-DiBa workers; workers of banks in general (except Tony); Irish politicians; politicians in general; the GEZ; and anyone else who pissed me off or even slightly inconvenienced me over the last year. 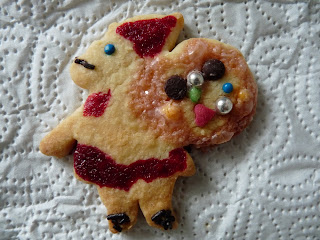 Thankfully these dastardly Schweinhunde are in a minority (albeit significant) and the vast majority of people I encounter deserve all the good wishes and pleasantries normally exchanged at this time of year as we celebrate the birth of Santa.

To my friends scattered around the world, and family scattered around Whitechurch and Kilsheelan – that’s six people between two villages in the south east of Ireland – I wish Nollaig shona agus Athbhliain faoi mhaise daoibh go léir. 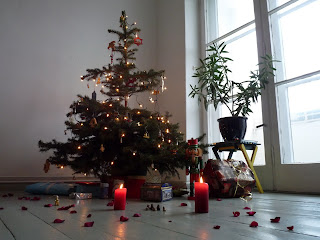 Impending family expansion here in Berlin means I can’t be with you right now, nor indeed anywhere else, but it gives us the chance to start some nice family traditions of our own. So far they’re all good – sleeping in until 1 p.m., breakfast of scrambled eggs with Tabasco and goat’s cheese, and absolutely no plans at all for the rest of the day. Jenny’s sleeping as I type and we might raid the presents under the tree when she wakes up. It might be best to leave them there though. Que sera sera.
It’ll be the last one on our own. Just the two of us and Winky. A calm Christmas before the nipper storm. Last year he/she was just a twinkle as we wandered around starving on Isla del Sol in Bolivia. How quickly things change. 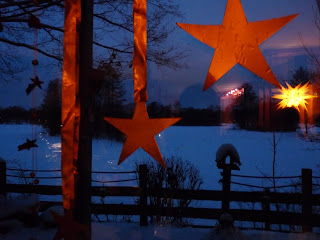 The Germans celebrate Christmas on the 24th, when Ireland is still shopping, so we went out to Jenny’s folks for a mountain of food, Kaffee und Kuchen of course, Plätzchens (cookies which all Germans have been baking night and day for the past month), Sekt, Bier and Mümmelmann Jagdbitter Kräuterlikör. Strangely enough in a country of such wonderful Bier, the Germans eat more but drink less than the Irish. My beer consumption has actually plummeted since I moved here – a sobering thought.
Anyway, despite the embarrassment of getting presents when I‘d brought nothing but a bottle of wine (which wasn’t drunk anyway), it was nice to be included in the native celebrations. I could get used to that Mümmelmann stuff actually. Afterwards the whole town gathered for Turmblasen outside the local church in the driving snow – some lunatics blowing trumpets and things. These Germans are crazy. I threw snowballs at Jenny’s brother. 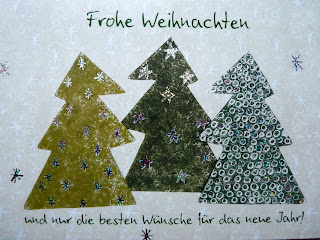 She’s awake. We’re going for a walk. Despite it being 10 below zero. I told you these Germans are crazy. Frohe Weihnachten to Yule all.
Labels: Christmas