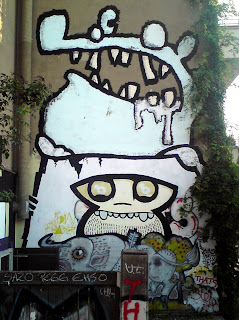 How this country functions at all is beyond me; how it manages to plod along despite itself. Since I last wrote about The Systemisation it has surpassed how pedantic, painful, self-serving and otherwise pointless I thought it actually was. It's without doubt the main unpleasantness in living here. You wonder how anyone does anything at all.
Take getting internet access for example: The first company is now threatening to sue; the second extended my contract to 2012 when I asked to cancel; and the third is sending duplicate bills for one service, and – despite acknowledging the problem – is unable to fix it due to reasons known only to themselves. “It’s the system,” I was actually told.
Meanwhile my health insurance company is sending threatening letters detailing how much I owe them with interest, while the JobCenter in Pankow – which was supposed to pay the damn bills – still hasn’t sorted it out despite that being the ONLY reason I went to them in the first place three months ago. My earnings were zilch at the time.
Instead I have received letters after letters containing forms after forms after forms to be filled out. Bundles of them. They just keep on coming. I worry for the Amazon, I really do. There were 16 pages in the last delivery.
The letter concerning health insurance was in such language it could not be understood by a native. I’ve no idea if they're going to pay it or not. I replied again with the latest bill, their 16 pages unfilled, and a request to simply close my file along with a thank you note for all their lovely letters. 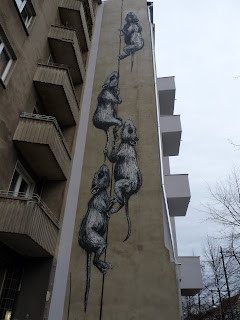 Health insurance is compulsory in Germany, whether you want it or not and whether you’re earning or not. The insurance overlords hold a captive market to ransom for obscene amounts while sending glossy brochures to tell their subjects how lucky they are to be their customers. They all charge the same. It is basically another form of taxation.
The Techniker Krankenkasse wants €332 to cover my health insurance each month. Almost €4,000 a year! This before any of the regular taxes are then siphoned off. What's left is so meagre it defeats the purpose of working at all. They know where they can go.
Once you’re caught up in the cogs of The System, however, there's no way out. No matter how much you plead, health insurance companies will not release you from their premium web. Bills will simply keep coming until, I’ve heard, you provide proof of another policy.
So the means to keep the means is through a provider I found through a nice broker in Hong Kong who will insure me for under €500 a year. It’s not being mean – it's damage limitation for me from now on.
Labels: Bad service bureaucracy Bürgeramt Germany insurance