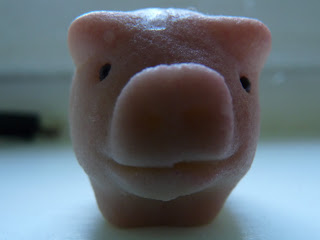 We’re getting to the business end of the operation. Jenny finished work on Tuesday – doctor’s orders. Even snail’s pace walks are no longer possible without spasms of pain; they were starting to kick in to the extent she had to see him on Monday. She found out things are happening inside which normally only happen just before giving birth. “There’s no question,” the Frauenärtzt told her, “You finish up as soon as possible!”
So Tuesday was her last dealing with a class of monsters for a year at least. She now has the time she needs to prepare for the one inside her. Suddenly, it’s quite close. Developments inside the mountain indicate impending nipperdom is at hand. Officially there are eight weeks to go but it seems this one is raring to go and get out there. Obviously it doesn’t know any better yet.
It’s certainly making its presence felt, punching or kicking inside with impunity. Little earthquakes rumble across the surface at will, set off by little explosions beneath the surface. It’s mad looking: Jelly Belly. I don’t know how Jenny even sleeps at night. Even as she snoozes the explosions go off at a ferocious rate, to the extent where they actually wake me up! She just slumbers on regardless. Incredible.
“It’s obviously bored in there,” I told her. “It can’t wait to get out.”
“Not at all,” she disagreed. “It’s heaven in there for a baby.”
She’s evidently got a very high opinion of the accommodation she’s providing but I reckon there’s a struggle for freedom going on inside. Free a nipper!
So the final arrangements are being arranged. Next week I’m being dragged to a Geburtsvorbereitungskurs, literally “birth-preparation-course”. I’ve no idea what it’s about but I’ve a strong suspicion it’s some sort of course to prepare for the birth. All I know is I’ve to go for six hours on Saturday and then six hours again on Sunday. Apparently pregnant women forget how to breathe and it’s important for the men to remind them. I can just picture it now – me holding Jenny’s hand as the nipper’s making its grand entrance to the world. “Don’t forget to breathe, dear.” 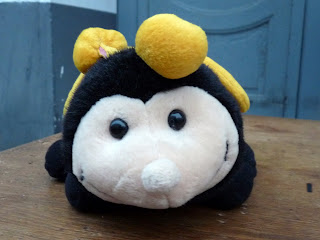 I’ve told Jenny that in Ireland the man traditionally waits in the pub while the woman goes into labour. Pints to ease the nerves, and then more pints to celebrate after the news is delivered by phone. In a way, an Irishman’s whole life up to that point has been a Geburtsvorbereitungskurs.
But those good old days are gone. So I won’t be buying any pints. Not ‘til afterwards at least. I guess – just like the nipper – I have to learn to be patient.
Truthfully though, I know I have it ridiculously easy compared to what the mother is going through. I’ll throw myself into whatever Geburtsvorbereitung is necessary and look forward to practicing the celebratory pints afterwards.