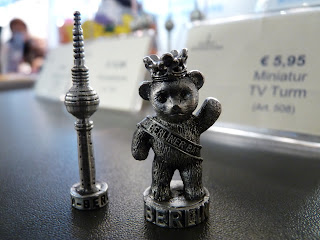 It's a week since I got higher than I'd even been in Berlin before. Higher than a kite on magic mushrooms. More than two and a half years I'd lived here without making it to her summit, but last Sunday I finally conquered the Fernsehturm!
I’d been admiring her from afar all this time, but it was only last week I decided to visit in the name of duty for Spotted by Locals.
Journalistic privileges meant I didn’t have to wait with the commoners in the queues and I was whisked quicker than a hot snot at six metres per second up to the viewing deck at 203.78 metres. Hot snot, as everyone knows, can “only” reach speeds of 3.5 metres per second, and even then, just at weekends. 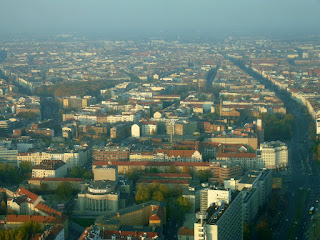 The view was stupendous even if the setting sun blocked out anything to the west (nothin’ to see there anyway) and all the flippin’ tourists did their best to get in my way as I looked to the east. Jaysus, you’d think they were never in the Fernsehtum before. Italian tourists with lipstick and gold and shiny black leather they should have left in Italy – you know the ones I mean. Pushing and shoving like they owned the thing.
In the end I was relieved to be whisked back down away from them, and happy to be able to survey my beloved Fernsehturm from the ground, as the Fernsehturm gods intend her to be. Damn I miss that TV tower... As soon as my first decent wage comes in I’ll be getting that poster to put on the balcony, even if it’s quietly been getting too cold to be venturing out there. 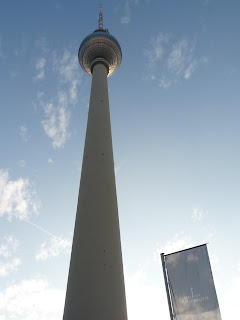 The Fernsehturm report is just one of my latest batch to be published on Spotted by Locals, all wonderfully insightful and informative of course – including the story of Thin Hermann and Fat Hermann, the importance of Fußball and Tatort, and a top secret report into those investigating the existence of a UFO under the Fernsehturm. You read it here first. 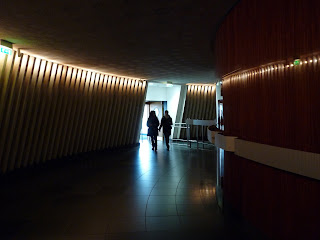