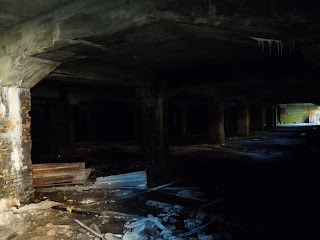 They lock up the rubbish here out the back. They’re obviously terrified someone will steal it.
To bring the rubbish out, I have to bring the bags down three flights of stairs, enter a passageway under the building, unlock a door, enter another hallway, pass through another door (sometimes unlock that too), walk about 30 metres outside to where they store the bins, and then unlock a flippin’ gate to get in at them.
Each time I get to a door or gate to be unlocked it takes me ages to open it because the keys are always in the last pocket I look. Sometimes (like today) they’re not even in the last pocket I look the first time around, so I’ve to go through them all again before they reluctantly make themselves available. 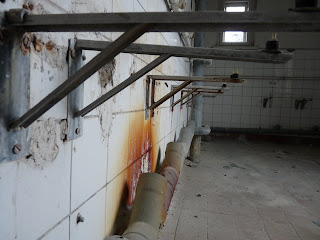 I can understand their reluctance – they’re krank und müde of opening doors which have no business being locked in the first place. I mean who in the name of sufferin’ succotash is going to steal rubbish? And locks won’t keep the rats out – Berlin’s rats are adept at having keys cut.
I’ve been leaving the gate unlocked on my way back out. Can’t be arsed going through all that rigmarole with the keys all over again for such rubbish. No doubt one of our neighbours is doing his/her nut in because of it: “Mein Gott! Our precious rubbish!” They’re probably sitting up every night in a rocking chair, rifle across their knees, muttering with eyes fixated on the bins below. A waste of time or a time of waste? Only the rats decide.
Labels: fear Germany security