Time for a revolution 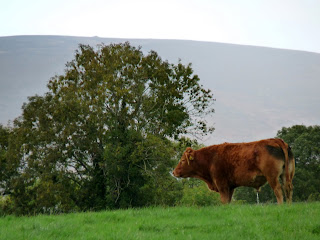 Ireland's ready for revolution. About time. It turns out the country is fucked. Beyond fucked. Those entrusted with its care have left a bill for €50 billion. This obscene sum to be borne by generations to come. It makes me sick. Children not even born yet will have to pay for the crimes of immoral politicians and their greedy friends. It really makes me sick.
I'm not the only one. A guy drove a cement truck with 'Toxic Bank' written on the side through the gates of the Dáil on Wednesday. A hero. A pity he didn't catch a few politicians. Of course he was arrested, kept overnight in a Garda station and he will be prosecuted on some charges to be determined by the gardaí. They're protecting the wrong people. Money determining their vested interests too.
A full scale revolution is the only solution now. Storm the Dáil, burn the fuckers inside, hunt down their predecessors and burn them too. The savings in wages and pension payments would go some way to meeting the €50 billion bill. How much is Bertie Ahern still being paid by the state? It's obscene. I met that crook once. Shook his hand despite my better judgement. I'd love a second chance. Burn the bankers too! Burn them all. 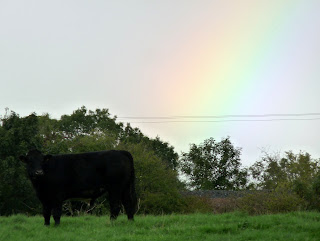 There's a tragedy in seeing Ireland's greatest resource screwed by those in charge. Once again the people will suffer. The commoners. My friends, my family. I admit a surge of pride when I heard of the cement truck guy, and looking around at everyone on the Dart as I made my way home the other day, I felt a bond with them all. Acquaintances just waiting to be made. Phantom FM was playing Led Zeppelin, the sun was shining (mad!), people were smiling. An advert offered romantic advice: "Girls like it when you remember their names." That would never happen in Germany. Later people actually greeted me as I passed them. It felt good to be home. Ireland is fantastic and the people are great. Just be careful which ones you put in charge of the country.
Labels: Bad service Ireland Rip-off