Teaing up for winter (Sombre mug) 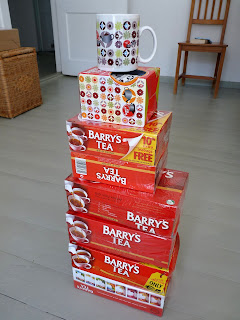 An unfortunate consequence of all this working malarkey and nipper preparation is there's very little time for anything else. I'd been meaning to write about all the tea I brought back from Ireland but there's barely been time to drink it, never mind share my wonderful news with the rest of the world. Not only did I come back with an extra bag stuffed with tea (and nipper clothes, more on that in the next nipper update), but also a new mug! Barry’s Tea limited edition and all! It was waiting for me patiently on the table when I got home, albeit of slightly more sombre tones than the one which tragically took its own life last August. Perhaps it’s aware of its predecessor’s fate. Maybe it fears a similar ‘accident’. Rather than take any chances, I went and purchased another one, so now I have a back-up favourite mug!
I’m going to have to stop writing about tea. We should have enough now – 800 bags in all – to get us through the winter, approaching ominously as I type. Perhaps the sombre mug knew winter was coming. Well if it didn’t, it knows now. Leaves are abandoning trees quicker than sense Dáil Éireann, suggesting they know something we don’t. (The leaves should be put in charge.) 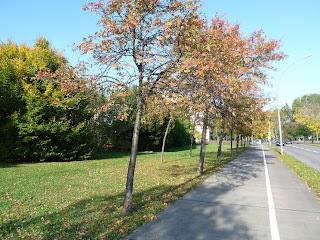 Don't let the sunshine deceive you; it’s already colder than summer in San Francisco. Jenny has turned on the heating, and the sooner someone invents snot-guards for cyclists the better.
I even had to use my gloves for the first time yesterday. I’d been holding off as long as possible, as if wearing the gloves were an admission of defeat allowing winter take over with impunity, but thanks to those gloves I can actually type these words today. 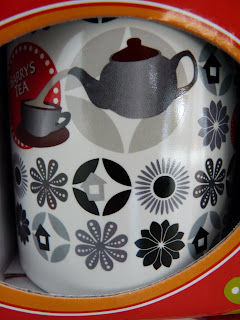 If I’d held off much longer I’d be smashing down on the keyboard with my fingerless frozen stumps – typos everywhere, not ideal for someone clinging to aspirations of journalism. Mere stumps would make the physical clinging all the harder too, even if they are only aspirations. As for holding a mug... No wonder it was sombre.
Labels: San Francisco Tea weather winter