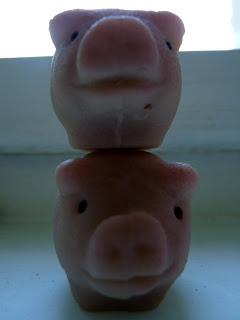 The nipper already has more clothes than I do. It’s ridiculous. It’s not even born yet, but it already has enough to clothe an army of nippers – boxes, crates and bags of miniature jumpers and trousers, tiny socks and t-shirts, scarves, hats, sleeping bags, miniscule jackets and hoodies with ears on the top – a veritable mountain of vêtements for which I’ve had to sacrifice my wardrobe so they can all be stored.
It turns out nippers are socialists, not as possessive with their clothes as in later life, and they will gladly pass them on once they’ve outgrown them. I came back from Ireland with a whole sports bag stuffed with clothes thanks to the generosity of Matzke (Happy birthday! The big one yesterday) to add to the bags already donated by Pawel and the cases from Coco. And there’s the promise of still more to come!
Some of the jumpers and things are quite fetching. I tried on a couple but none would fit, although if I was to wear the socks I might be able to fit one on each toe. Maybe when winter really sets in...
The nipper even has a little writing desk and chair! I don’t have a writing desk and chair! (I’m typing at the kitchen table as I... well, type.) What the hell it’s going to do with a desk it can’t sit at, or a chair it can’t sit on, is beyond me. Forget the fact it can’t write! Unless it’s been practising in the womb – maybe I shouldn’t be so presumptuous. 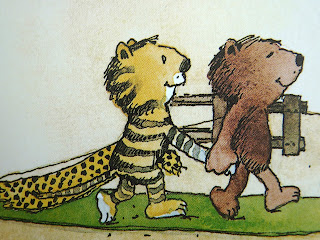 Welcome generosity aside, preparations are ongoing. Jenny painted the walls in its room with fancy stripes around the sides (what else would a pregnant woman be doing on her holidays?) and I scraped, sanded and painted the floor and skirting yesterday. I loathe DIY and it’s hard not to do a half-arsed job when you know its not forever. Or when the nipper’s not going to give one of its many flying shites what the room is going to look like. (Apparently they shite a lot, usually just after you change them.) But Jenny disagrees (about the room) and I’ve been warned not to argue with pregnant women. So the nipper’s now got the fanciest room in the apartment – all the rest look crap which is, ironically, what the nipper’s will be covered in according to the poosayers. “Pesto poo,” warned Matzke's dad Tony. Something to look forward to. 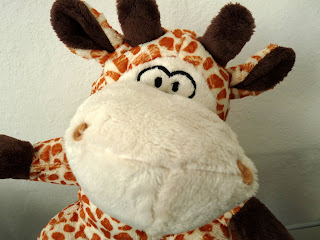 This being Germany, there are of course a squillion forms to fill in for all sorts of pedantic reasons. The nipper doesn’t have to fill them in – although if they could find a way, believe me, they would. I suppose it would give it a use for its writing desk.
And, despite not being born yet, or even having a name, it’s already enrolled in seven Kitas. Seven! These are the schools they go to once they’re two years old or so and the parents have to go to work. Basically Kindergartens or fancy crèches. It’s allegedly imperative that they enrol now, before they're born, before it’s “too late”. How the hell it’s going to go to seven of them is beyond me. We’ll have to get it a little motorbike I suppose. 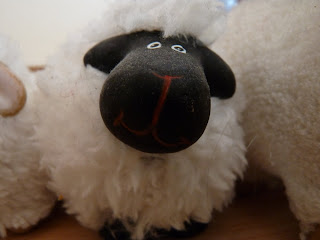 The belly is looking increasingly like Machu Picchu, albeit without the trees. The latest check up was yesterday and everything’s fine and healthy. Another scan, another screen of blurriness. I couldn't make out anything. You'd swear they were trying to build up the suspense.
But the head's pointing ominously to the ground as it hangs upside down like a bat – must be a thinking nipper – and we were told it’s four weeks(!) ahead of schedule, weighs 1.7kg and its head is 8.4cm. To think it was 1.32cm altogether not so long ago.
Jenny’s now concerned there’s a monster growing inside her. I reckon it’s just impatient – it can’t wait to try on all those lovely clothes.

(Unfortunately there are still no pictures to share. The Mutterpass is lost forever it seems, along with all the pictures it contained, and no new snaps have been snapped in the meantime.)
Labels: bureaucracy Machu Picchu nipper