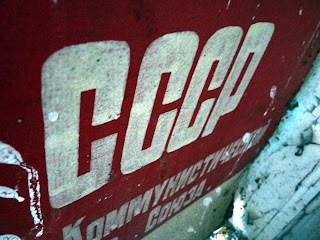 A worn soldier's jacket still hangs on the back of a rusty chair, a lapel fallen to the floor, all covered in dust. Colours can barely muster themselves from the gloom of dilapidation. The wooden floorboards creak when stepped on, quivering with the excitement of something new after almost 20 years. All around the otherwise bare room sheets of Russian newspapers sag limply or hang from the ceiling, wallpaper reincarnation redundant now in the monotony. All quiet, all still – but for the wind outside brushing branches lightly against the window, trees’ limbs craning for a peek through the opaque panes. 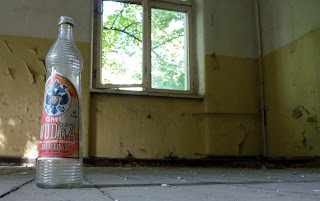 Suddenly a bang! Clanking! Creaking from below. What the fuck?! I freeze. Listen. Dare not breathe. It must be a Russian soldier coming up the stairs to reclaim his jacket! A door slams. Carefully, I inch my way back out of the room, back into the hall. I nudge open the offending door across the hall. Creeeeeaaakk!!! I peer in. An empty room. A vodka bottle the sole inhabitant. Open windows swing gently in the breeze. Glass miraculously intact all these years. I assure myself I’m still alone, physically anyway. There may or may not be someone downstairs, but at least nobody’s coming up the stairs. I hope, at least. I continue on, heart in my mouth. 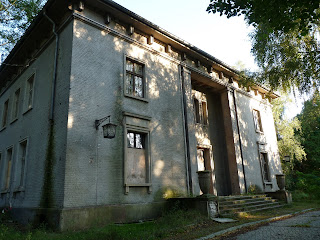 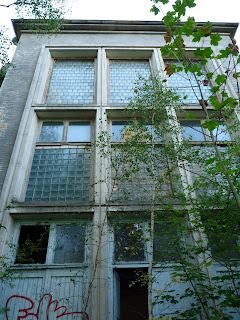 It was actually much easier to get into Krampnitz than I thought when looking at it from the outside. The old ‘Kaserne’ was abandoned by the Russians in 1992, and was surrounded by a high unfriendly wall which doesn’t exactly encourage unannounced guests. The Nazis who used this old military training compound before them weren’t too fond of visitors either – it wasn’t that kind of riding school – so I was quite happy none of them were around to tell me Betreten und Befahren verboten!
The site had been used by the German army since 1937 when the cavalry moved its school here from Hannover. It was also used as a driving training centre until the Russians put an end to the Nazis’ little gallop, taking over a day after they abandoned it April 26th, 1945. 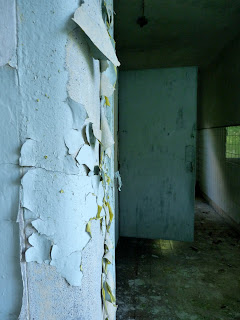 Krampnitz is absolutely huge. In a state of nervous excitement I hurried from one run-down building to the next, happy as a drunk pig in shit, taking in as much as I could. Paint flaking off the walls, bathtubs pulled out of their homes, strange Russian graffiti in the attic. I scurried down dark corridors of power where first Nazis then Russians once stomped about in their boots thinking they were big and important. Offices, toilets, kitchens, dormitories – I opened every door, peered in every dark recess, everything catching my eye, entranced. Not even Adolf himself could have dissuaded me.
What must have been the clubhouse or pub still had signs on the wall outside. Huge bay windows inside must have been impressive in their day. Dammit, they were impressive now. A theatre stood beside it empty and silent. Behind another high wall there was an underground bunker. Deep, dark, absolutely huge, facing an immense industrial-looking building. Fuck knows what used to go on there. 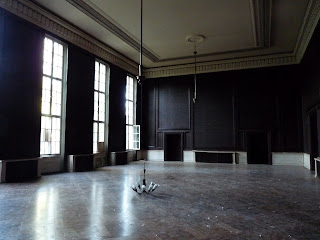 Another building looked like it hadn’t been touched since the end of WWII; shiny wooden floors, wooden panels on the walls, destroyed Nazi eagles over fireplaces, chandeliers brought down from their lofty heights and one still hanging majestically, absolutely magnificent.
But still I hadn’t found what I was looking for. My frantic search had yielded nichts. Just as light was failing however, I found it. 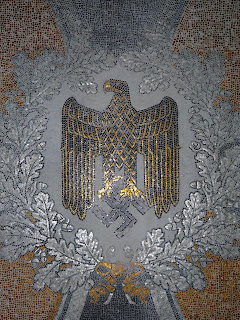 The tour de force. Absolutely incredible. The Eagle. Imperious in the middle of a huge cross, clutching a swastika in its claws, surrounded by four more, one in each corner. These were painted over in red paint, supposedly by the Russians who destroyed all the Nazi imagery. Apart from the Naziest Nazi image of them all that is – the flippin’ eagle.
Some people swear the eagle is real. It certainly looks the part – the attention to detail is frightening. Others point out that ‘Enemy at the Gates’ and ‘Inglourious Basterds’ were filmed here, while others again will tell you it doesn’t appear in either. I don’t know. Some of the mosaics are missing and such attention to detail for a film is extraordinary.
You’ll have to make your own minds up about that. One thing’s for sure – Krampnitz itself is very real. Einfach toll. 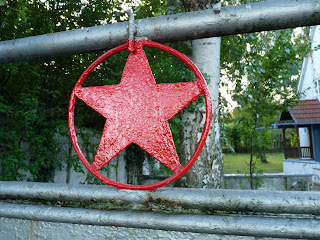 What
Former military training school, once used by the Nazis and Russians, now abandoned and awaiting exploration.

How to get there
The RE1 regional train from Friedrichstraβe, Alexanderplatz or Hauptbahnhof will take you to Potsdam Hauptbahnhof from where you hop on a 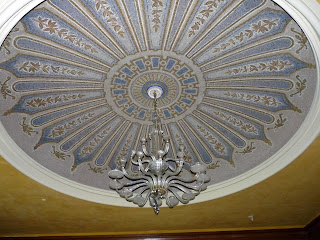 629 bus to Krampnitzsee. Allow an hour altogether. The 629 bus goes to S+U Bahnhof Rathaus Spandau, so if you’re coming from that direction you could get the bus the opposite way. Krampnitz is about half-way between Spandau and Potsdam. I recommend cycling though. There’s a good cycle path from Spandau, although it’s a good way and you don’t want to be knackered by the time you arrive. Here it is on a map so ye can figure it out for yourselves.

Getting in
Just off the main road there’s a line of run down-looking holiday homes for rent. These are actually former officers' houses. 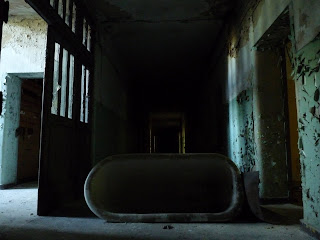 You can wander in past the sign which says “Betreten und Befahren verboten!” and, if anyone asks, pretend you’re thinking of renting one. Anyway, go past the last one, follow the worn path – watch out for brambles – and you’re in! Those who favour the more direct approach can simply hop over the front gate. It looks easy enough once you don’t mind barbed wire.

When to go
Preferably when the sun is shining. Daylight is best for exploring. 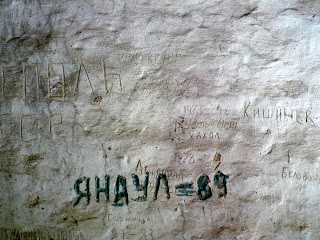 Difficulty rating
6/10. Tricky enough to get to but easy to get in. (Just look for the big tower, now a [hopefully abandoned] saw mill or something.)

Who to bring
Like-minded explorers. If you’re mean, people who are easily scared.

What to bring
Camera. You’d be pissed off if you made it out that far and couldn’t take photos. Bring a few snacks too – there ain’t no shops in Krampnitz – and a few Sternis for the road. 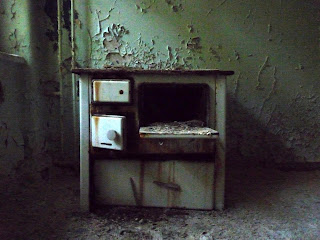 You can drink them en route. Don’t forget to bring a torch for exploring those dark underground bunkers.

Dangers
As always, watch out for nosy neighbours or passing outdoor-types who can’t resist sticking their noses in places they don’t belong and getting involved when it’s none of their business. Also watch out for ticks and things like that. One of the fuckers bit me. There are mozzies too, but it’s cold enough now; they should be long gone. I didn’t spot any security guards or anything like that but again, keep your eyes peeled. 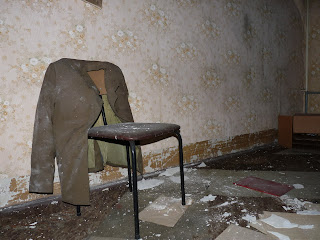 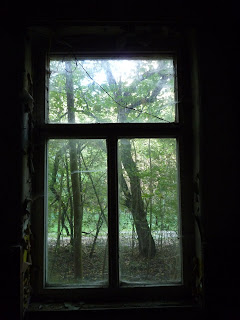 Now is the time to go to Krampnitz before it's lost to history forever, consumed by apartments, another fucking hotel or razed to the ground to make way for a golf course. Berlin seems determined to ruin all of its beautiful ruins. Don't wait any longer! Again, this guide was prepared so others can get the same enjoyment from Krampnitz I did*. Don't be greedy.

*Not admissible in a court of law. I don't care who you are.