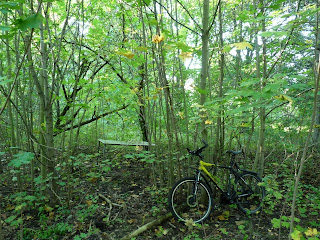 I'm getting sick and tyred of this. Seven punctures in one week. Seven! Last Sunday I actually had to repair one in the front wheel before switching attention to the one behind. It's gotten to the stage where I went and bought a 'puncture proof' tube which I put on the bike yesterday after I decided there was no way I could repair the SIX holes in the tube which had already been repaired too oft before – there were patches on the patches.
Puncture proof you say? My arse. I cycled to work this morning and half-way I got that familiar sinking feeling: I carried on regardless and by the time I got to work it was flat again. Flat-as-fuck. The bike's now leaning against a pole outside the window looking very sorry for itself and deflated. 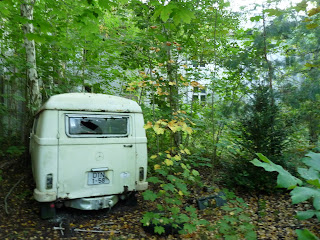 I blame Berlin's liberal drinking laws where locals are practically encouraged to walk around with a bottle of beer in hand. Unfortunately, consumption of said beer can lead to slippy and/or careless fingers leading to tragic consequences for bottles all round. And Berlin's bicycles. It's a cyclogical nightmare. Not that I would change the city's liberal drinking laws – it wouldn't be Berlin without them and the alcohol helps us forget these problems.
Whatever about puncture proof, it seems there ain't a bicycle tube built which is Berlin-proof. Verdammte Scheiße.
Labels: beer Berlin Bicycle