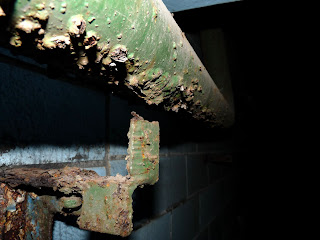 Goddamn fuck almighty. Hell hath no fury like the bureaucracy and utter bullshit this country can unleash.
It started with the arrival of a bill for €200 for health insurance last week. For the month after I finished working at Bild. Well, €200 for a month's health insurance in the past – when I clearly didn't use it – seems to me a bit much when my earnings are €0 a month and I have no intention of being sick.
There is something contradictory in insuring for the past. Retrospective insurance is as pointless as trying to think of an example of something more pointless. When you know something didn't happen, there's little point in being insured against it in case it did.
When I rang Techniker Krankenkasse, your wan on the phone was having none of it. "You have to pay it." Health insurance is compulsory in Germany and you have to have it whether you want it or not, regardless of financial situations. I reminded her mine was dire and my priorities rent and food. 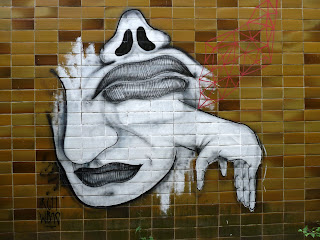 I told her I couldn’t pay the bill and I didn’t want health insurance. I’d take my chances without it. No, not allowed. Compulsory, blah di blah. The bills would keep arriving and I’d have to pay them or face going to court. Not for the first time in this country (and probably not the last), I told her I'd rather go to prison than pay it. She assured me I wouldn’t have to go to prison, somewhat defeating the purpose of the bills and threat of court, and told me to go to the Agentur für Arbeit (work agency) to see if they’d pay the bill.
I’m not here to mooch off the system, but if Germany makes it compulsory to have health insurance and then sends me threatening letters to pay for it when I can’t, then Germany can pay the goddamn bills itself.
I brought along every form I received from officialdom since I moved here, but the Agentur für Arbeit wouldn’t pay the bill. A pleasant woman told me I’d have to go to the JobCenter across the road, fill in more forms and jump through more hoops, to see if they would.
The JobCenter was a sight to behold. Every freak, waster and layabout in Pankow was there. There was no ticket machine to deal with the queue, so you had to go into the waiting room, shout to find out which moocher was last, and then watch them like a hawk so you knew you were next after he/she/it had been called in. Fights broke out in the confusion much to the amusement of the others. 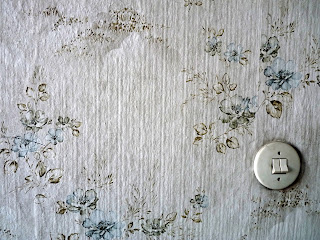 Eventually I was called in. Again I explained the situation and Frau Zemke typed it all into a computer. She too was very nice. I told her I didn’t come to Germany to be unemployed and that I wasn’t claiming dole, but was getting bills for compulsory health insurance I didn’t want and which I couldn’t pay. I filled out more forms.
She told me they’d pay my health insurance (she wasn’t sure about the existing bill) and give me Arbeitslos Geld II. I’ve since learned this is the basic unemployment benefit, commonly known as Hartz IV, and it’s what every moocher, piss-head and dosser in Berlin is living from. I’m now one of them. I guess it makes me a real Berliner. I should be proud.
Frau Zemke literally gave me a stack of forms to take home and fill in, and a frightening list of shit to provide, including bank statements, Meldebescheinigung and a Freizügigkeitserklärung. The latter is to prove that I can work in Germany. I pointed to my EU passport and reminded her that I’d already worked in Germany, no employer had ever needed it, but no – she needed a Freizügigkeitserklärung stamped from the Bürgeramt. 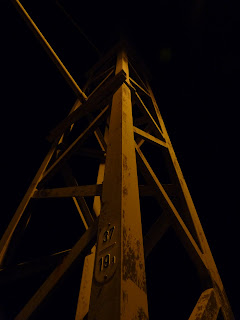 Good Jaysus. Yesterday I went back to the dreaded Bürgeramt. At least they had a ticket machine to deal with the queue, but I still had to wait two hours before I could explain the situation to a sour-faced old hag behind a desk littered with plants and teddy bears. I filled out more forms. She then produced another form for me to bring to the JobCenter to get them to fill in before she could issue my Freizügigkeitserklärung. I could have choked her. I told her the JobCenter sent me there in the first place. Again I pointed to my EU passport. “Es ist doch klar dass ich in Deutschland arbeiten kann. Ich habe schon in Deutschland gearbeitet!“
The wagon pulled a face and discussed it with her colleagues across the room. Then she made calls, a snot on her as she dialled the numbers while telling me there wouldn’t be anyone in any of the offices she was calling. Eventually she got hold of someone. “Wat?” she scowled down the phone. “Zeit wann denn?”
She hung up, stamped the fucking form as if she was stamping her own death warrant (pity she wasn’t) and handed it over like she was handing me a lump of shite. 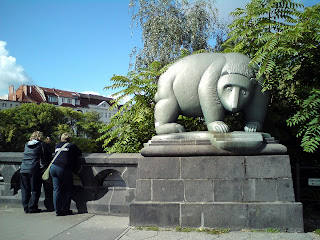 This is The System at work, controlling, watching, manipulating. A state in charge of its pawns. All this bureaucracy and bullshit is designed to keep control. The sheer amount of information they demand is frightening. They want to know EVERYTHING. They even wanted to know when I started primary school! I had to enlist Jenny to fill in the forms; they wanted all her details as well and there was just too much for me to fathom. There are more details to be filled in than details available. People talk about the Stasi, but at least they filled in their own forms.