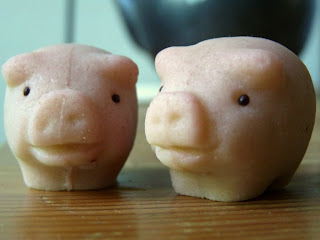 We still don’t know if it’s a boy or a girl. It’s human anyway, or humanoid at least. The doctor this morning said its arms were three weeks ahead of schedule and the legs two.
“It could be an ape,” I told Jenny on the way home.
She didn’t seem to mind, but she did blame me for kid’s longer limbs: “Daddy long legs.”
I maintain my legs are perfectly normal. It’s not my fault if everyone else has short stumpy ones.
Even Jenny couldn’t see much on the cloudy screen today. We could see the nipper’s head and two little hands up beside it as if in surrender. No son or daughter of mine would ever surrender however, so it was obviously just a cunning ploy to get the doctor to feck off with his obtrusive camera. Evidently this little nipper likes his/her peace and quiet.
Apparently now it can yawn. I’m not sure if it puts a hand in front of its mouth when it does so, but all in its own good time. It must be bored shitless in there, so I guess it’ll get plenty of practice. The belly’s really noticeable now. Today was the first day Jenny was offered a seat on the S-Bahn.
The previous check-up was the big one, the Feindiagnostik, where we would have been able to find out the sex if we wished to. It was in a very snazzy clinic on Friedrichstraße where the doctor had an assistant with him in the room as they scoured the screens for any possible issues or complications. They checked everything. The screens were fine, thank God, and the baby was too.
There we saw our child in 3D for the first time, on a huge plasma screen while the doctor carried out his checks. They encourage you to bring a video cassette to capture these first moments, but of course we forgot. I rushed out as we were waiting to buy one, but then we forgot to hand it to the doctor beforehand. Na ja!
It was a bit mad looking to say the least. It didn’t want to cooperate with the doctor, preferring instead to use the placenta as a pillow while enjoying a nipper nap. Being a fœtus is tough work. The doctor tried prodding it to wake it up or get it to move, but I was quite proud as he/she ignored him. I was about to intervene when the doctor gave up. Round 1 to the nipper!
It may actually have a career in boxing, judging from the punches it’s been delivering inside Jenny’s belly. With its longer arms it already has an advantage. I’ll have to find sparring partners among the other babies once it’s born.
Apparently it looks like me. First time I’ve been told I look like a fœtus. But apparently we sleep in the same position, and our faces are similar. Lucky kid. Oh, it’ll break hearts...
It’s crazy. It’s done nothing but grow, throw a few punches, deliver a few kicks and ignore a doctor, but I’m quite proud of it already.

Unfortunately there are no pictures for now to accompany this post. The 'Mutterpass' containing all the important information and photographs has been mislaid somewhere along the way. The nipper would be proud.
Labels: nipper